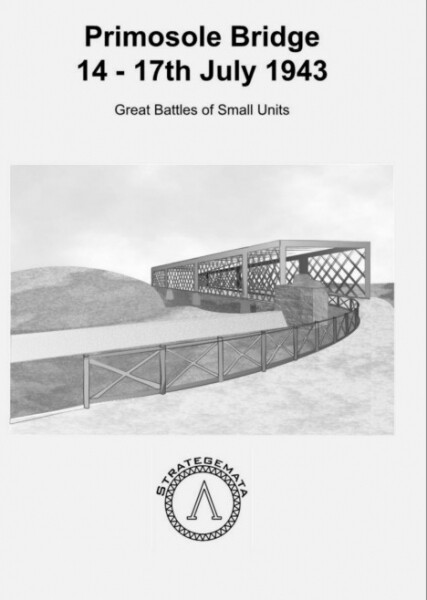 “Primosole Bridge” is a wargame that uses the Great Battles of Small Units ruleset. Battle was divided into two scenarios. In first, British paratroopers have to defend the bridge from the counterattacking German units. At the very beginning, staying true to problems that landing Allied units faced, players have to resolve what forces are available to Allied side. In game there are units, that historically didn`t reach the battlefield. It is possible therefore to examine the possible outcome if air drop would have been more successful.

In the second scenario the British are a stronger side. Yet it doesn`t mean easy victory for them. First, they have not only to occupy the bridge but also the road leading to Catania. Germans occupy favorable terrain and their defense line is well prepared. Germans can also attempt to destroy the bridge and stop the attackers.

2. During turn, only units of one side can be activated and the initiative is alotted to a player randomly. Chance of having the initiative changes with each turn. It encourages prudence in players and forces them to plan their moves as effectively as only possible because it may be as well that during next turn there won`t be any chance to correct potential mistakes.