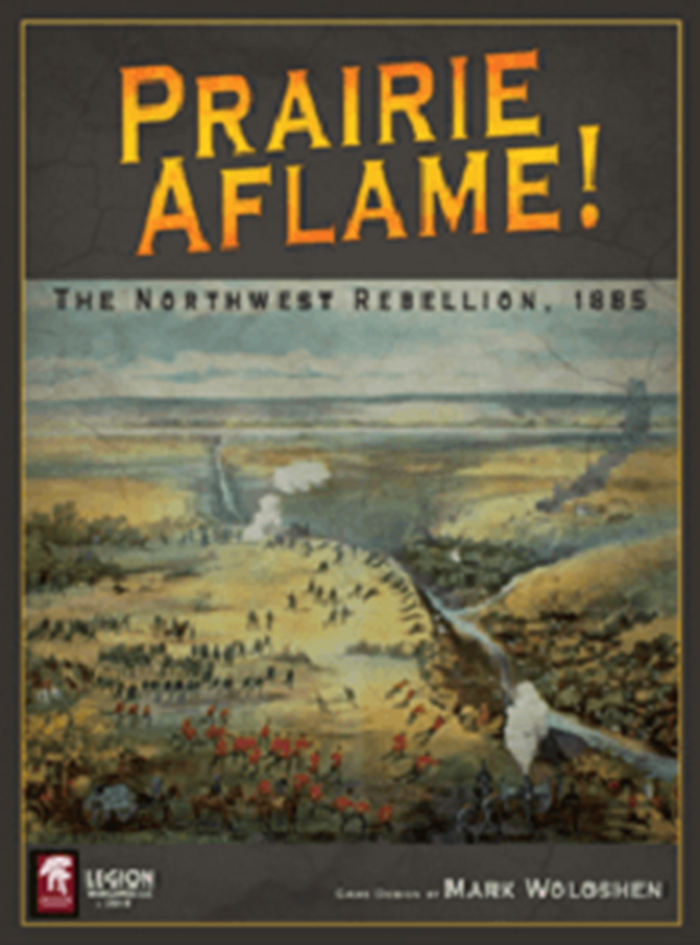 Prairie Aflame! is an operational treatment of Canada's Northwest Rebellion of 1885. The Metis (half Native and half European) set up a provisional government to try and gain recognition of their concerns with the federal government in Ottawa.

The federal government orders a detachment of Mounties to confiscate any weapons located at the Metis settlement of Duck Lake. The Mounties were met by a force of Metis and Natives and initially there was just talk. However, during the course of the discussion a gun was discharged and within minutes, the battle was on! The Mounties retreated, having taken 25% casualties - the rebellion was on.To prevent the rebellion from spreading, the government in Ottawa quickly dispatches a military force which would grow to 5,000 troops, most transported by the nearly complete Canadian Pacific Railway. After 4 months and several battles later, the government had successfully suppressed the rebellion - if they had not, and this was their worst fear, the whole Northwest might have erupted in rebellion, keeping the government busy for years.

The basic military unit in the game is the battalion. All the battalions that participated in the campaign are represented, as are the various Northwest Mounted Police detachments, local militias, artillery, and Gatling guns. They are faced by the Metis, the Woods Cree, and the Plains Cree. Units can remain together as battalions, or they can break down. Morale is better as a battalion, while mobility is better as a breakdown unit. Each strength point represents 50 men. The main rebel and government leaders are represented and they have an important effect on the game.

The 2nd Edition features the same map artwork but the counter art is new.It also incorporates all known errata, of which there were only two minor points.