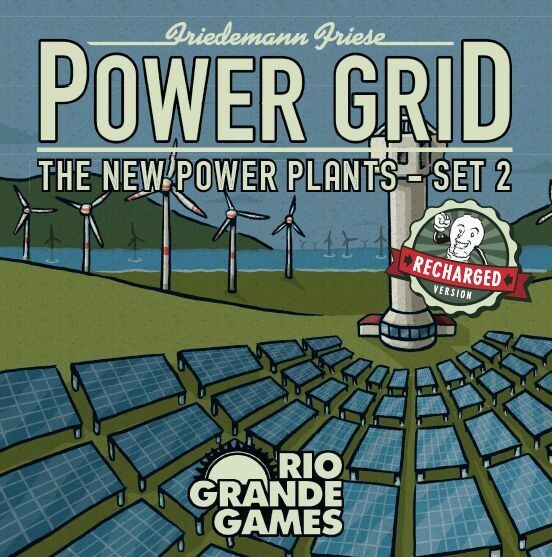 Power Grid: The New Power Plants – Set 2 is a complete set of power plant cards for Power Grid offering two variants to play with the maps of Europe and North America:

The power plants were released in 2014 for the 10th anniversary of Power Grid in the standalone base game Power Grid deluxe, which used a completely different graphic style. Now you can finally supply electricity with them with Power Grid, too!