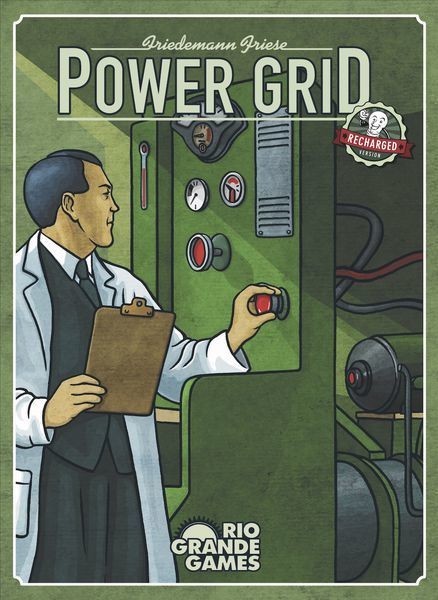 What better way to earn money than with electric power?!! But how should you do it? Will you use old-fashioned coal or oil? Maybe you’ll be on the forefront of burning garbage. Nuclear power is tempting, as long as you can acquire uranium. You can always be independent of resources if you go the ecological route.

However you decide to generate the energy, you’ll have to compete with your opponents not only for the most attractive power plants, but for the necessary resources and the sites to build your network of energy distribution.

You’ll need to watch your opponents closely, carefully manage your money, and expand your network thoughtfully in order to generate income. The player that is able to build the largest network AND successfully power it will be the winner.

Power Grid Recharged has all the strategy and fun of the classic first edition, but adds some updates that improve the (already great) gameplay.