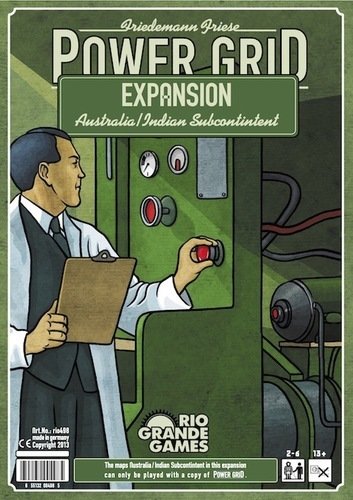 Australia does not have a single connected power network. Only in the populated regions, mainly in the south east, are several cities connected to each other. Because of this, players may connect to any city for a connection cost that's generally higher than normal. Australia does not use uranium for its power production, but it does mine huge amounts of the material to sell to other countries. This offers a completely new game element, even for experienced Power Grid players!

The Indian Subcontinent is always in danger of suffering huge power outages if the players increase their networks too quickly. Additionally, the players must buy their resources on a limited resource market, which does not always guarantee enough resources for all players.