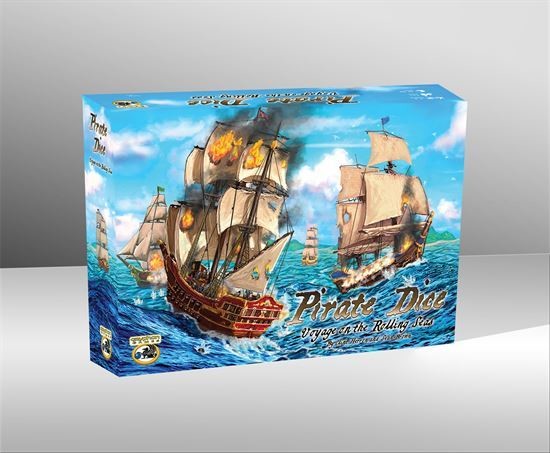 Pirate Dice: Voyage on the Rolling Seas is a game for 2 to 4 players that pits pirate against pirate in an epic race to capture and escape with the lost treasure. But the seas are treacherous and full of peril as strong winds, whirlpools, and your fellow buccaneers will attempt to thwart your voyage and claim the treasure as their own. You will need more than pure speed to win. Use your wits to block, ram, and fire at your opponents (while doing your best to keep them from doing the same to you!). As you take damage, it will become more difficult to pilot your ship. But no matter, Treasure awaits! So raise the anchor, load the cannons, and hoist the main sail—there's no room for lily-livered land-lubbers here! It takes a shrewd captain with a sharp eye to navigate the rolling seas of Pirate Dice!