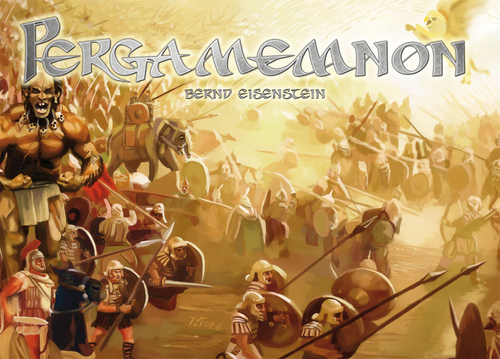 They were the most powerful nations of their time: the Carthaginians, Romans, Hellenes, Egyptians and Persians. Pergamemnon assembles all of these peoples for an epic showdown. Each side may also conjure mythical creatures in order to influence the battle in its favor to gain the victory. Pergamemnon is a deck-building game of direct conflict, with clashes between the most powerful nations of antiquity thus including plenty of interaction!

The game is completely language-independent