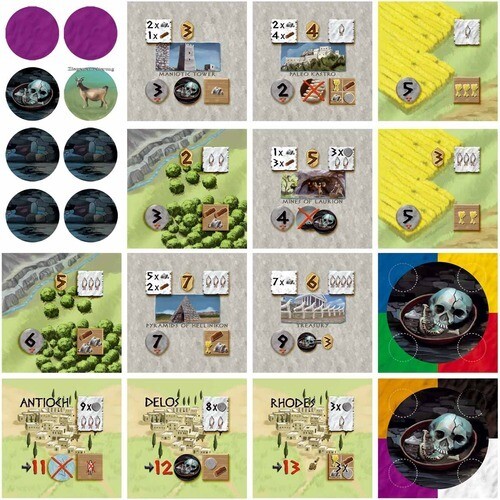 In order to receive clemency from the gods in ancient times, human sacrifices were on the agenda. With the Sacrum-Expansion, it is now possible in Peloponnese to sacrifice your people to the gods.

The Sacrum-Expansion will add another player to the game (This means together with the other Peloponnes Expansions you could play up to eight players!).

In combination with the Hellas-Expansion there is also one more tile for the additional ninth game-round and also 3 new civilizations with Antioche, Delos and Rhodes!