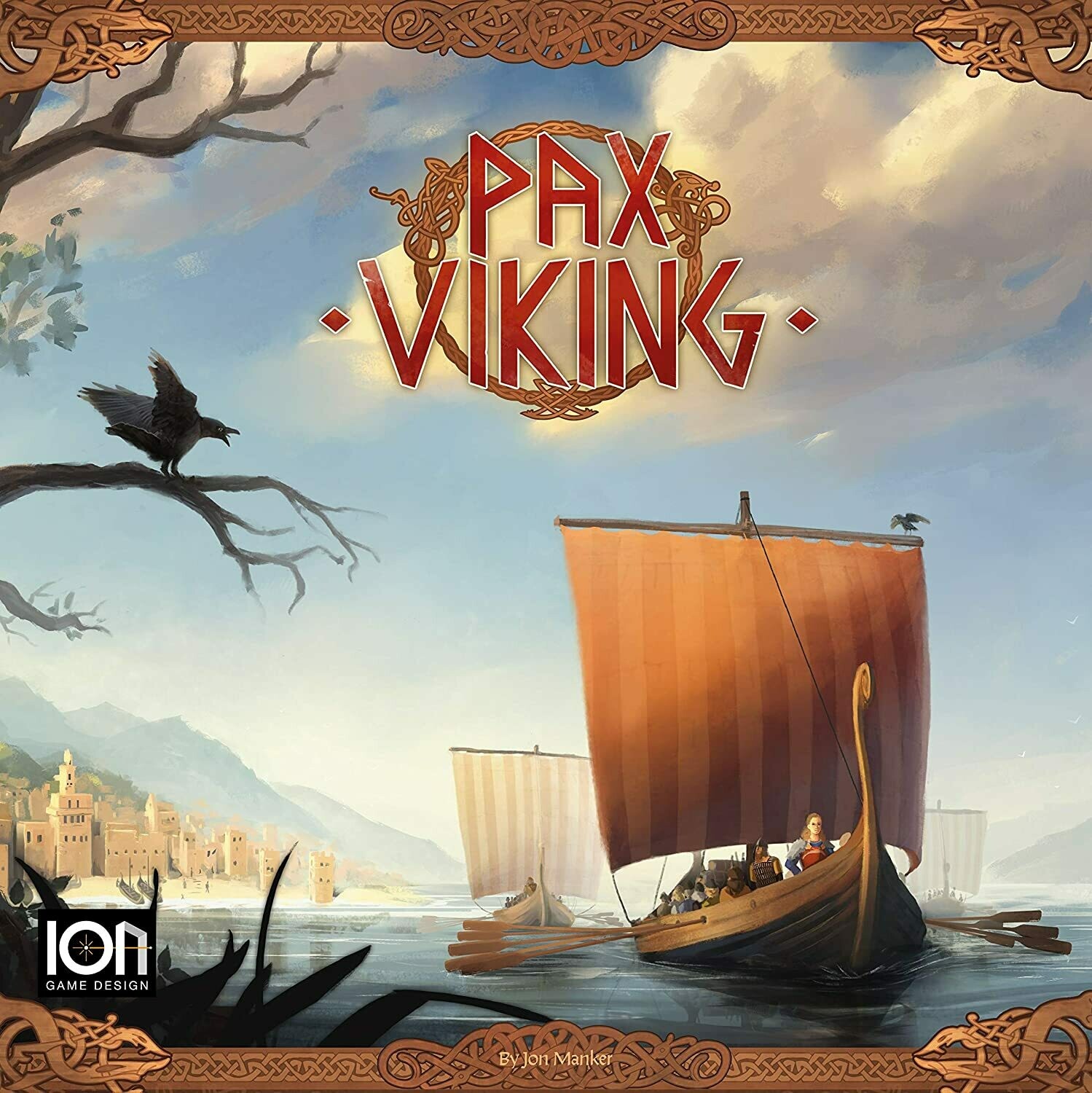 Pax Viking is a strategic, historical game for 1-6 players aged 14 and up about the lesser known Vikings that travelled eastwards. These adventurers and explorers primarily came from Sweden and were for most parts merchants: skillful opportunists when it came to the use of both shining silver and sharpened steel...

An entry level Pax game - easy to learn for families and those new to the Pax series.

Pax Viking is a historical strategy game of trade and diplomacy in the 10th century for 1-6 players. The game highlights those Vikings who travelled eastwards, towards the rich trade routes of Persia and around the Black Sea. Skilled opportunists in the matters of silver and axe, these Vikings are ready to wield whichever worked best in any given situation. They shared an adventurous explorer ethos with the westward travelling Vikings, and reached far to the south and east, forming strong alliances, influencing societies, and founding empires along their way.

The areas under Norse control are vast. The administration of power is becoming increasingly complicated. The Viking longships are excellent for travelling both at sea and on rivers. In the western part of Europe, your neighbor Jarls in Denmark and Norway are pillaging the lands. It is wise to be on good terms with these Powerful Allies. You interact with them by travelling to their Posts in the West. But you are also aware of the economic advantages to be gained by having followers in the strong Trade Center of some existing larger cities as well. It is up to you to weave and navigate a successful saga within Pax Viking in order to become the first Swedish monarch!

Pax Viking is a card driven game where you compete over cards in a common market in combination with strategic movement of longships on the map. You can play cards you buy on map locations you control through your longships; create trading posts, claim benefits from events and more. You can also play cards on your jarlboard, adding abilities to your player through friends, allies and gods. In the east you explore and develop the regions and trade routes. In the west you can find powerful allies and gods to help you. Through your actions you collect followers to give you power and influence for your final bid: to be the first king of Sweden.