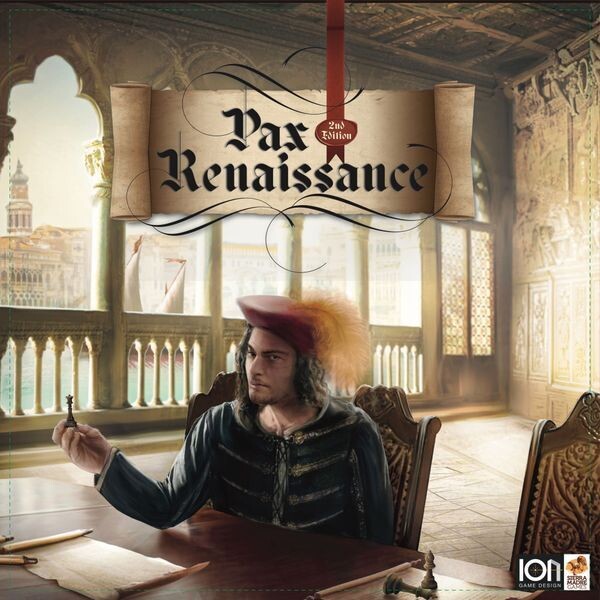 Pax Renaissance is a card game (English language) for 1 to 4 players who play as bankers in Europe, 1460-1530. As a Renaissance banker, you will finance kings or republics, sponsor voyages of discovery, join secret cabals, or unleash jihads and inquisitions. Your choices determine if Europe is elevated into the bright modern era or remains festering in dark feudalism. Four victories determine the future course of Western Society: will it be towards imperialism, trade globalization, religious totalitarianism, or enlightened art and science?

In Pax Renaissance you buy cards from an eastern and a western market where the price will be influenced by what other players do. Play cards to your tableau to take actions and place pieces on the map, but also to build your banking business and assert influence over the royal houses and republics of Europe. Take trade actions, wage war and initiate revolts and unrest. Fund pirates, start crusades, make money and collect prestige. When a comet card is drawn the future of Europe is about to be decided. Make sure your vision of the future prevails.