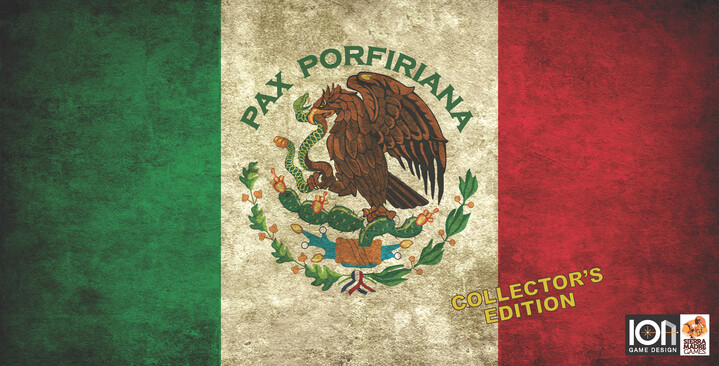 Represent a powerful Hacendado and try to seize power in Mexico during the Mexican revolution in Pax Porfiriana.

Pax Porfiriana– Latin for "The Porfirian Peace" – refers to the 33-year reign of Dictator Porfirio Díaz, who ruled Mexico with an iron hand until toppled by the 1910 Revolution.

As a rich businessman (Hacendado) in the turbulent pre-revolutionary borderlands of the U.S. and Mexico, players compete to build business empires of ranches, mines, rails, troops, and banks while subverting opponents with bandidos, Indians, and lawsuits.

Your overarching interest in all your investments is to gather enough prestige in the form of backers and justification in order to be able to seize power during one of the periodic times of turmoil where the leadership of the country is hanging on by a thread.