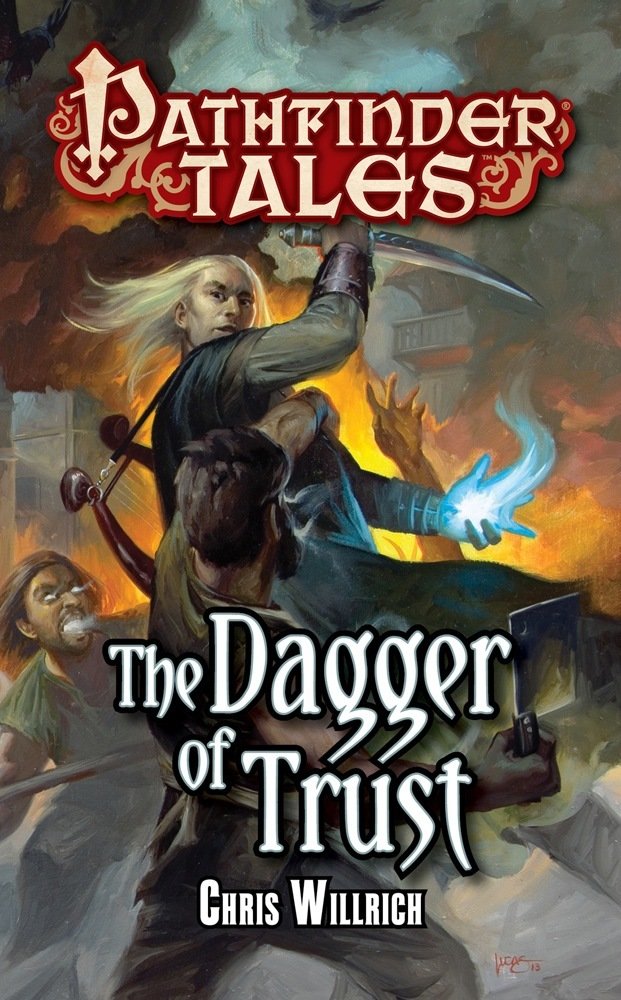 Pathfinder Tales: The Dagger of Trust

Gideon Gull leads a double life: one as a talented young bard at the Rhapsodic College, and the other as a student of the Shadow School, where Taldor's infamous Lion Blades are trained to be master spies. When a magical fog starts turning ordinary people into murderous mobs along the border between Taldor and Andoran, it's up to Gideon and a crew of his fellow performers to solve the mystery. But can a handful of entertainers really stop a brewing war?

From author Chris Willrich comes a new adventure of intrigue, espionage, and arcane mystery, set in the award-winning world of the Pathfinder Roleplaying Game.