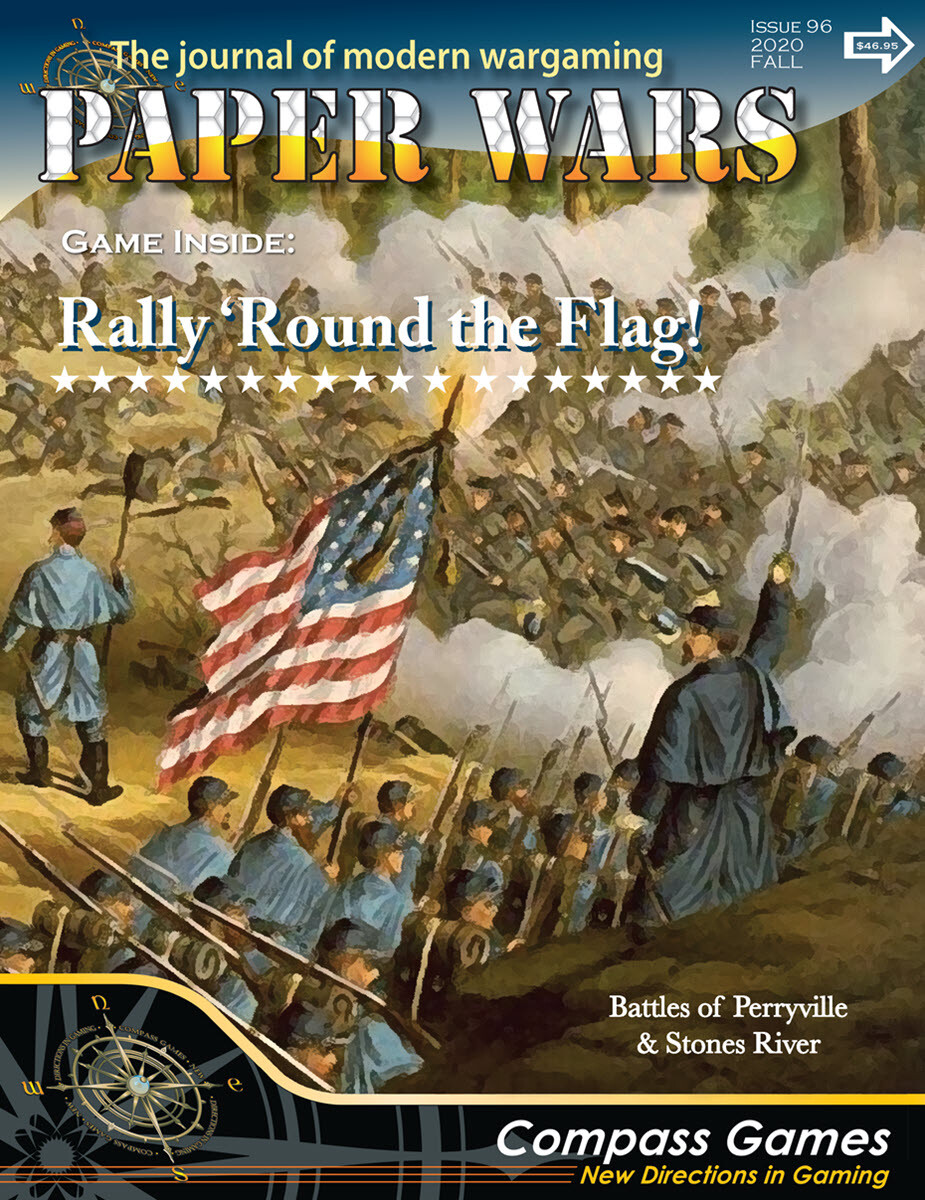 Paper Wars: Rally 'Round the Flag!

In September, Braxton Bragg’s Army of Mississippi out-maneuvered Don Carlos Buell’s Army of the Ohio and invaded Kentucky. Outside Perryville, the two armies blundered into each other. A short but brutal battle followed that left neither side satisfied. The Union failed to utilize their numerical advantage, while Bragg withdrew from Kentucky.

At Stones River near Murfreesboro, the armies fought a three day battle. The Confederates nearly won but were forced back. The defeat led to a series of recriminations in the Confederate high command that poisoned the army. The Union received a desperately needed morale boost. Although forgotten today, Abraham Lincoln considered Stones River one of the Union most crucial victories.

Rally ‘Round the Flag is a brigade grand tactical system that combines old school hex and counter maneuvers with rules for command and control, leader personalities, flexible artillery, and a CRT that favors quality and firepower over raw mass. The games come with multiple scenarios, including additional forces. Players can make Perryville the grand decisive battle or at Stones River additional Confederate forces that could decide the battle and the war.