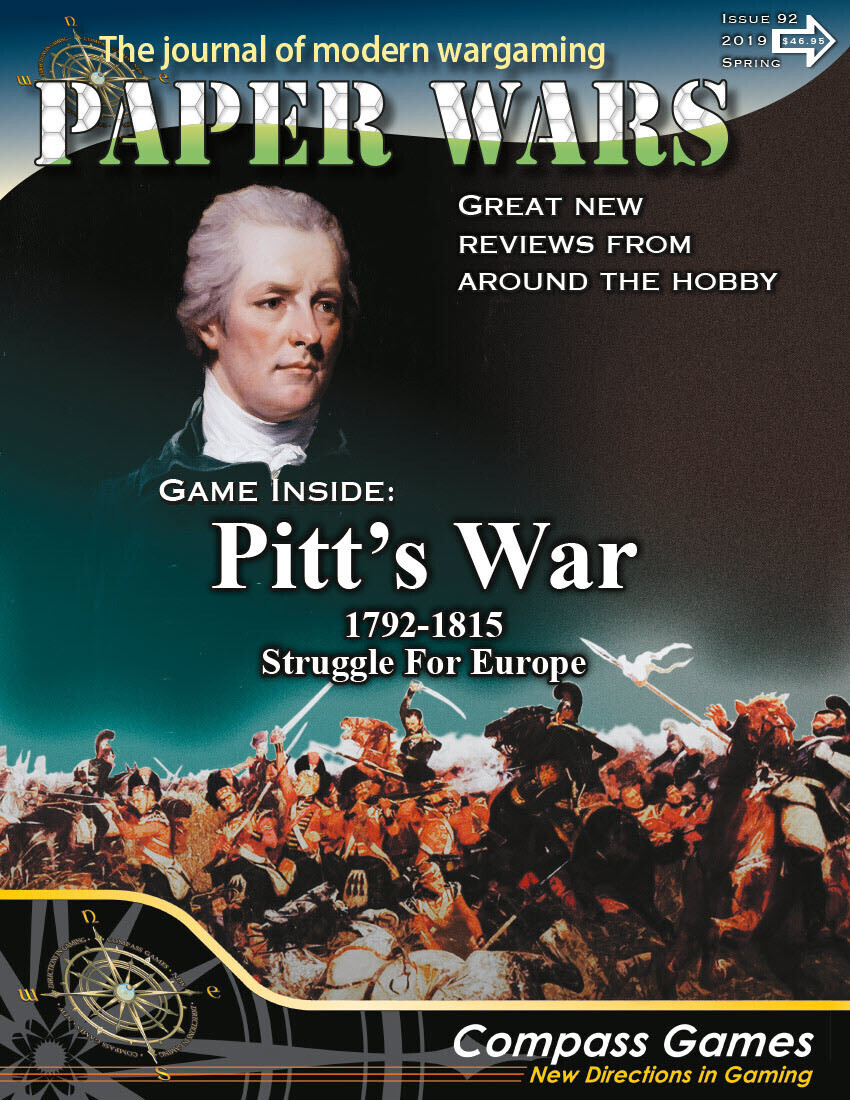 Pitt’s War simulates the epic struggle between United Kingdom and France from the beginning of the French Revolution to the end of the French Empire at Waterloo on a map with zones covering Europe and the Levant. Each turn is worth a year with a fair and a bad weather impulse. Combat units are multi step historical armies with elite corps and main generals. And much more, the game provides round 130 event markers to simulate easily the essence of that period.

One player controls the French forces and the other one controls United Kingdom and her allies also called Coalition to gain predominance over Europe. Because of the low density of counters and low complexity rules, players are able to end a full game in less than 10 hours; with the full campaign, the game provides two scenarios to cover the Republic period and the French Empire.

Map scale: one province per area