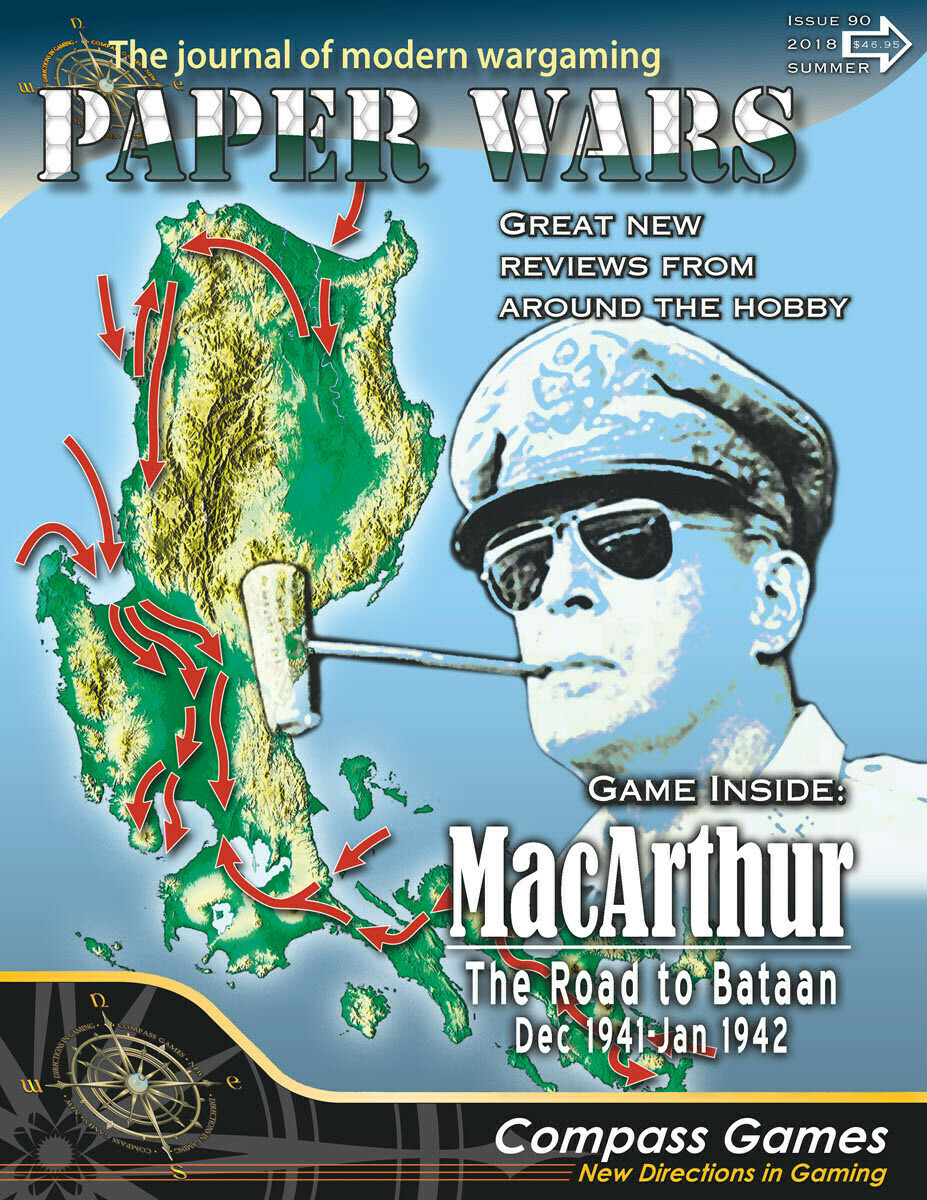 MacArthur: The Road to Bataan covers the battle of Luzon Island during the winter of 1941-1942. Basically this game deals with a large island that must defend itself without any hope of significant outside help, against an enemy that can strike from virtually any direction. The Japanese can assault the island at many different points, causing the Allies (Filipinos and Americans) to be very wary of being drawn too far from the island's prize, Manila Bay, the main harbor at Manila, and the fortress of Corregidor, that controls the entrance.

Unit Scale:Division and some Regiments