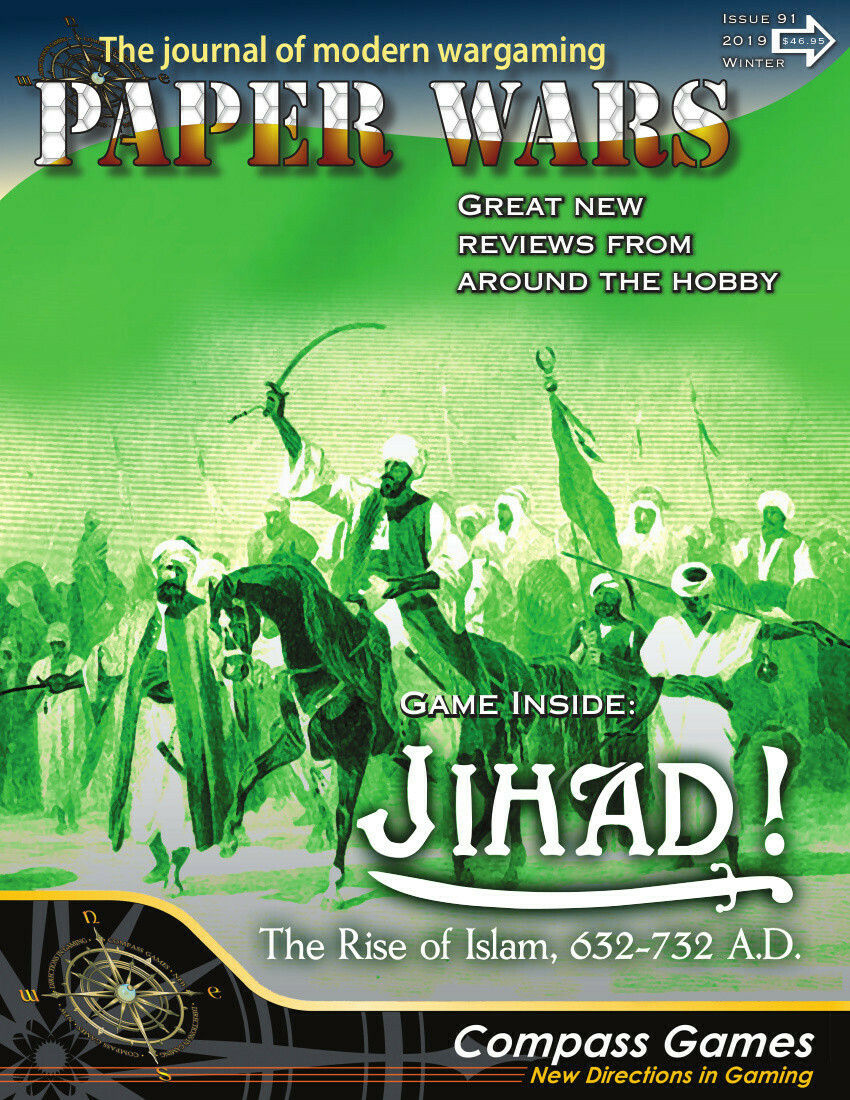 JIHAD! is a game type simulation of the first century of the Islamic expansion after the death of Mohammad, the Prophet and rounder of the Islamic religion.During this period the holy war of conquest and religious conversion of non-Arab peoples were the mainsprings of Islam and the Arabs progressed from a religious force to a secular great power.JIHAD! covers these events on a grand strategic scale with each turn representing 5 years and military units representing entire armies.

The game is for one or two players with one player controlling the Islamic forces and the other controlling all of the various opposing forces including the Byzantines, Persians, Berbers, Franks, Goths, Kaazars, Sinds, and Turks.Players alternate recruiting forces, engaging in religious conversion, moving their forces, and engaging in combat.The objective of the game is for the Muslim player to at least duplicate the conquests of Islam over the historical time frame while for the opposing player the object is to prevent that level of advance by Islam.