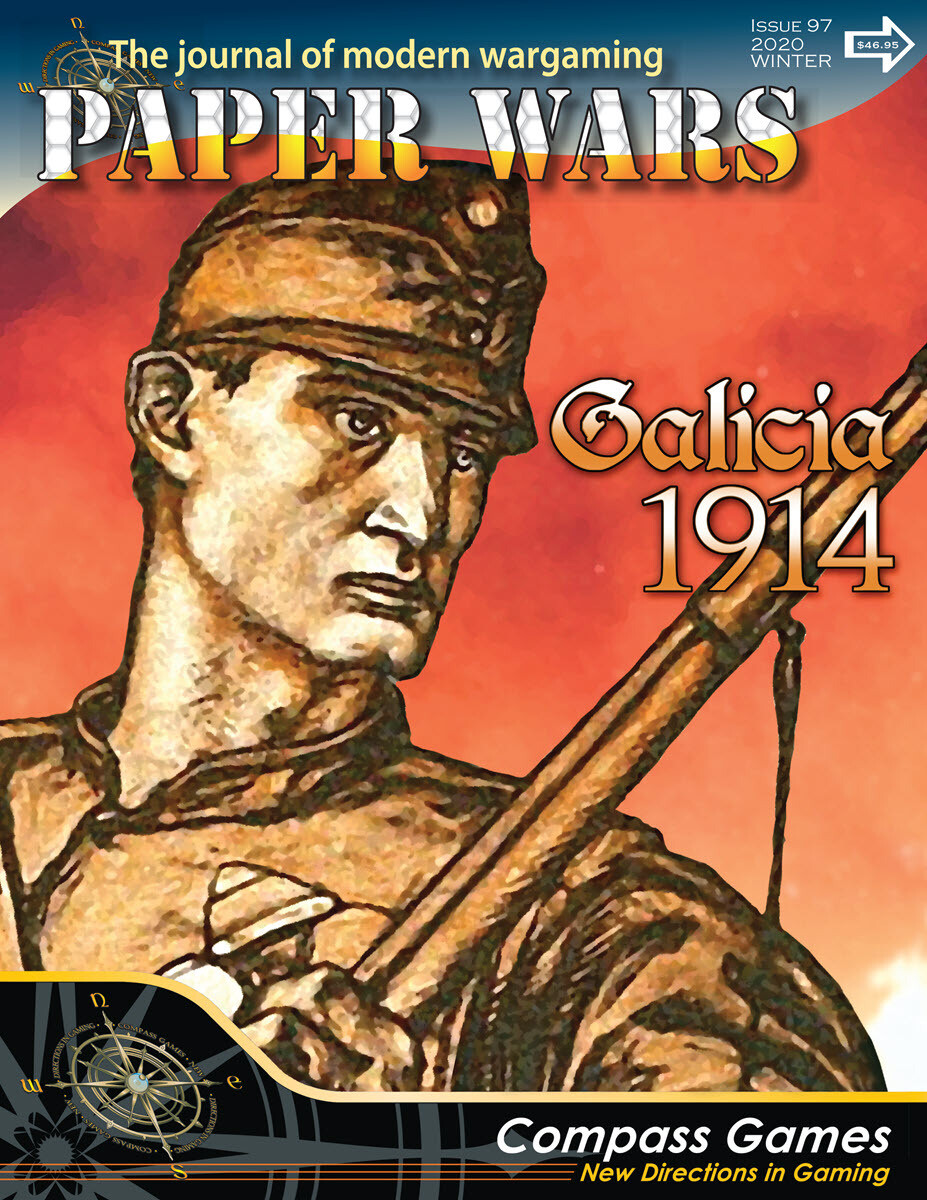 This game models the opening campaign of World War One fought between Imperial Russia and Austria-Hungary on the plains of Galicia and southern Poland. Simulated are the concurrent offensives launched by the two belligerents; the Austro-Hungarian thrust northward direction Lublin and the Russian concentric attack aimed at Lemberg. This is an easy to learn game system combines simple mechanics (although not simplistic) with a historically accurate map and order of battle; the synthesis of the maneuver, effectiveness recovery and combat resolution sub-systems highlight the important aspects of the campaign. The game system is not only fun and exciting to play but offers the gamer a true insight into this fascinating little-known campaign.

Battle for Galicia, 1914 covers the critical time period from August 23 to September 15 in twelve game-turns each representing two days of real time. The combat units represent division and brigade-sized infantry formations and corps and division-sized cavalry formations. The map depicts only the relevant terrain where the primary battles were fought at a scale of 12 kilometers per hex. During the campaign the Vistula River and the Carpathian Mountains proved to be effective geographic barriers. All available forces were pulled into the primary battlefield where, as gamers will learn, every formation was needed.