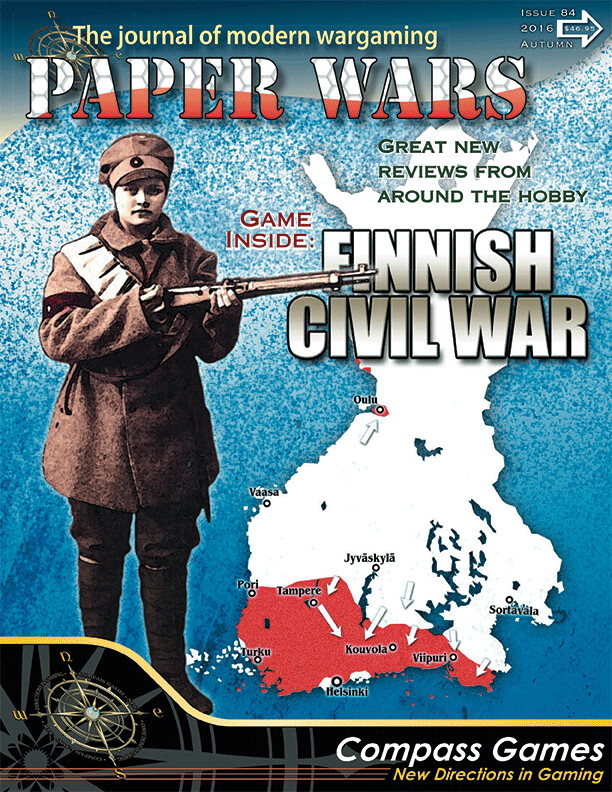 FINNISH CIVIL WAR is a simulation game of the civil conflict in Finland in the early months of 1918.The game is for two players, one representing the recently elected government of the recently independent state (the White player) and the other the perhaps-irresistible forces of proletarian revolution (the Red Player).

The game comes in two versions: a detailed company and battalion-level version, called the “standard version”, and a brigade-level version with a smaller number of counters and a different combat resolution procedure that plays in less time. Both versions use the same map, basic concepts and sequence of play.