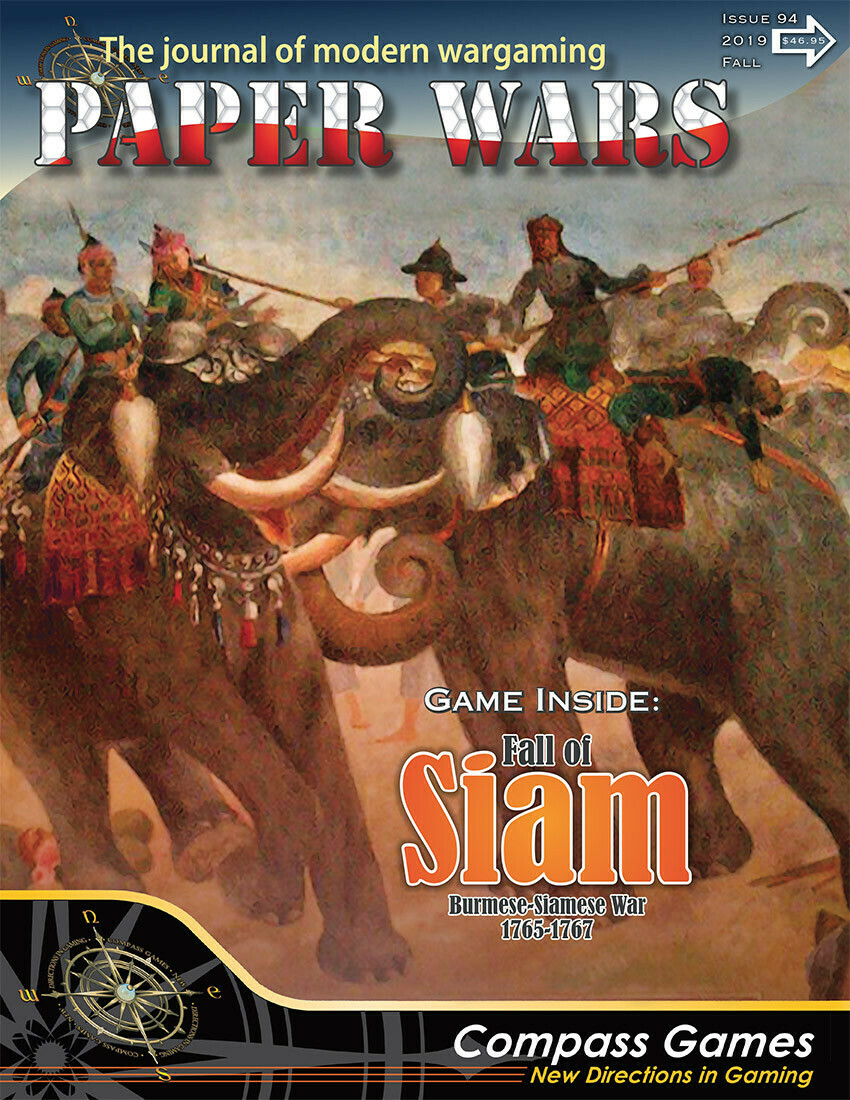 The relationship between the two ancient Asian superpowers of Burma (currently Myanmar) and Siam (currently Thailand) was long, bloody and well documented. Burma and Siam clashed constantly, involving at least 17 separate conflicts that in turn resulted in at least six sieges of the Siam’s capital, Ayutthaya, over a 300 year period. Twelve of these conflicts ended in Burmese victory. The 1767 siege of Ayutthaya ended in the great capital’s total destruction. The Fall of Siam attempts to give players the opportunity to face each other with historically similar armies under similar circumstances.

The Fall of Siam is a two-player, hex and counter game lasting approximately two hours. It involves elephants, Chinese intervention and siege rules. The idea sprang from a visit to the ruined city in 2017.