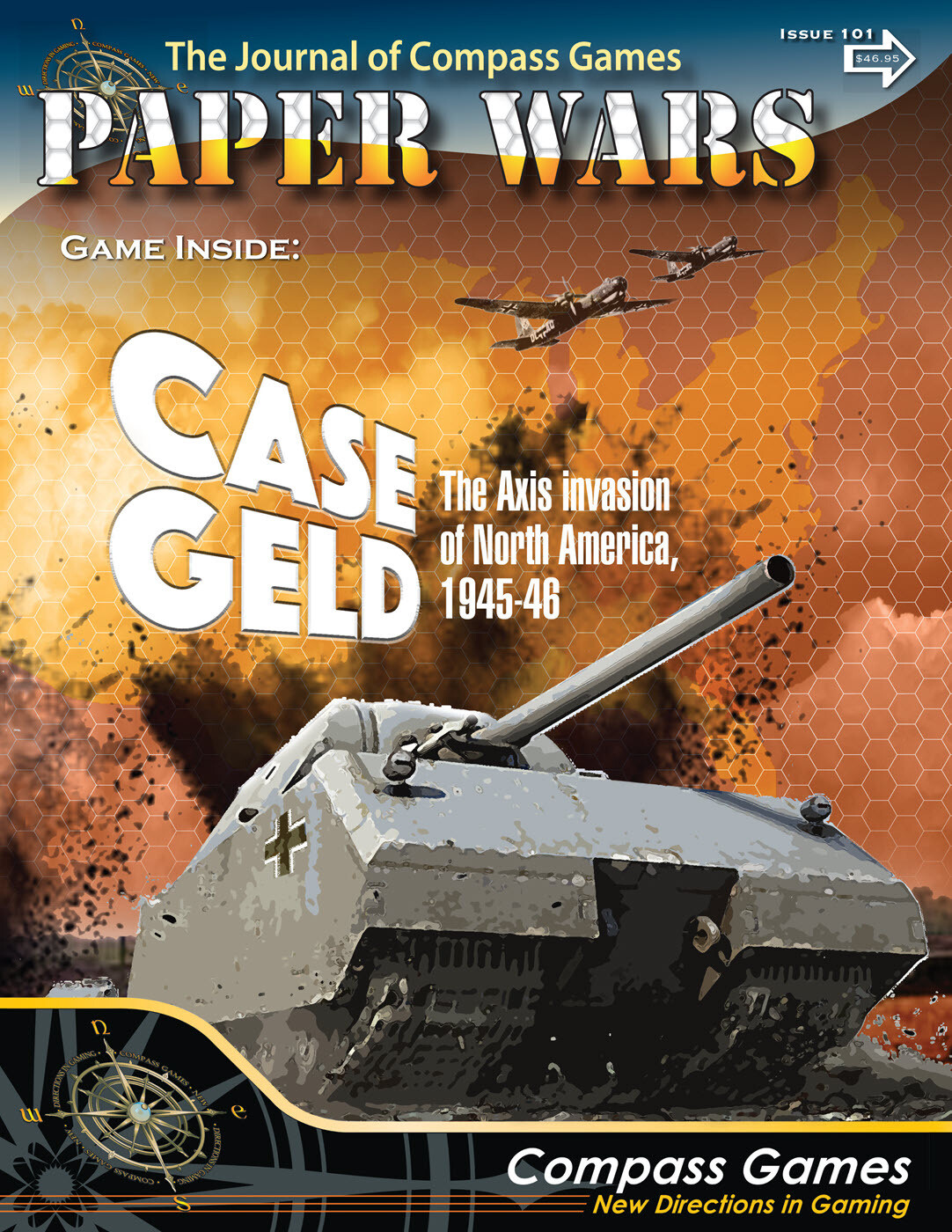 This two-player (solitaire adaptable) alternative history mini-monster has two mapsheets and one counter-sheet to cover the bicoastal invasion of North America by the Japanese and Germans (who have already conquered the rest of the world) at the army/corps level and 50 miles per hex. Command is split-sided. The player running the defense of the US west coast against the Japanese invasion there is also running the German east coast invasion, and the player running the US east coast defense against the German invasion there is also running the Japanese west coast invasion. Victory is possible by each of those four commands. Low-intermediate complexity.