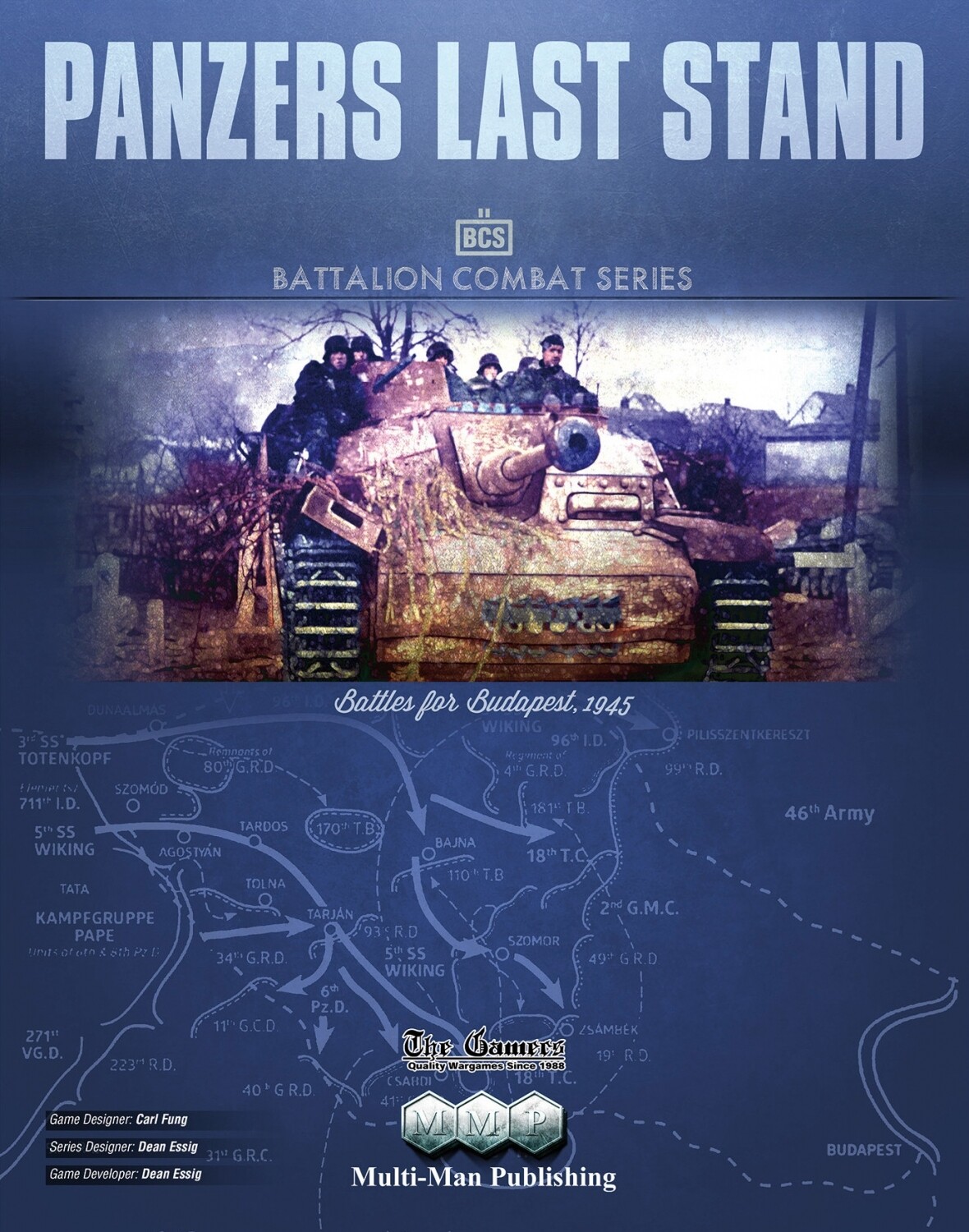 Panzers Last Stand is a Battalion Combat Series game depicting the Axis relief operations of Budapest from January to March 1945 in what became Germany's last major offensives in the war. The campaign game covers the Konrad Operations (I, II, and III) in January 1945. There are scenarios for each of the Konrad Operations as well as Operation Southwind in February and Operation Spring Awakening in March 1945.

In the final months of the war, Germany was still full of fight and believed Budapest to be the key to turning the tide. With Budapest fully surrounded by Soviet and former-Axis Romanian forces, the situation in the city was desperate. The Germans devised a plan to relieve Budapest by bringing in the SS-Totenkopf and SS-Wiking Panzer Divisions from Poland to launch a surprise attack before the Soviets closed the ring on the trapped forces in the city. Launched in the wee hours on New Year's Day, 1945, the fate of the Axis hung in the balance. The Soviets, having campaigned continuously from the summer of 1944, fought back viciously and showed their mettle against the elite SS Panzer Divisions.

A great proportion of the armored forces for both sides funneled into the Budapest area. All but one of the seven SS Panzer Divisions and half of the Heer Panzer Divisions on the Eastern Front (a full third of all Panzer Divisions total) ultimately fought here. The Soviets committed three Tank, five Mechanized, and one Cavalry Corps to blunt the Axis drive. The battlefield became a graveyard of tanks.