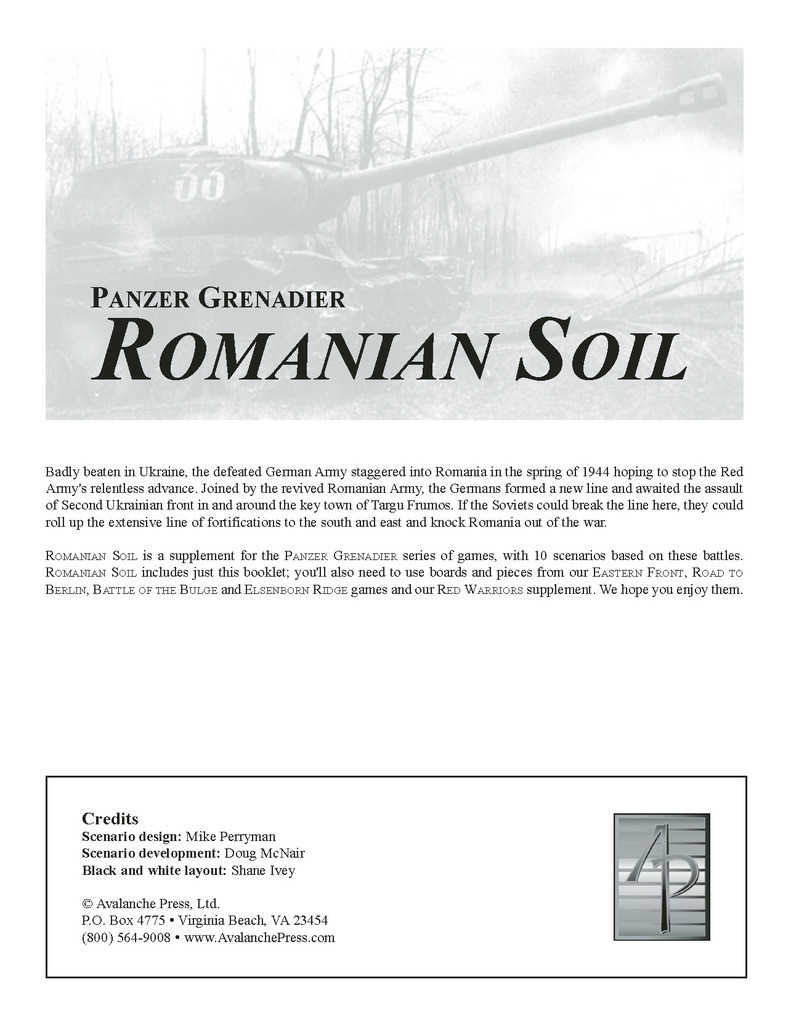 In April 1944, the shattered remains of the German Army staggered out of Ukraine into Romania. Second Ukrainian Front deployed the awesome new Stalin tanks in an effort to outflank the well-built Romanian Strunga Line of fortifications to the south and east. The Germans had been badly defeated while the Romanian Army had spent the last year and a half recovering from its devastating defeats around Stalingrad. Neither seemed likely to put up serious resistance, but the Soviets had been weakened themselves by constant fighting and the Axis stand ended their offensive.

Romanian Soil: Battles for Targu Frumos 1944 is a supplement for the Panzer Grenadier series. There are ten scenarios, or separate game situations, based on the battles of April 1944 between the Soviet 2nd Tank and 27th Armies and the German 8th and Romanian 4th Armies.

This module is not playable by itself, but requires ownership of our Eastern Front, Road to Berlin, Battle of the Bulge and Elsenborn Ridge games and our Red Warriors supplement.