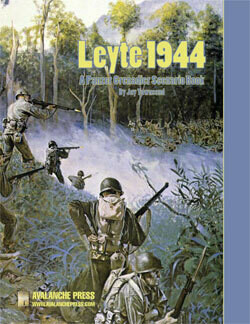 In October 1944 American soldiers stormed ashore on the island of Leyte in the Philippines, fulfilling Douglas MacArthur’s promise to return. Japanese troops put up fierce resistance and reinforcements poured in, including elite paratroopers. Not until December would Leyte be secured.