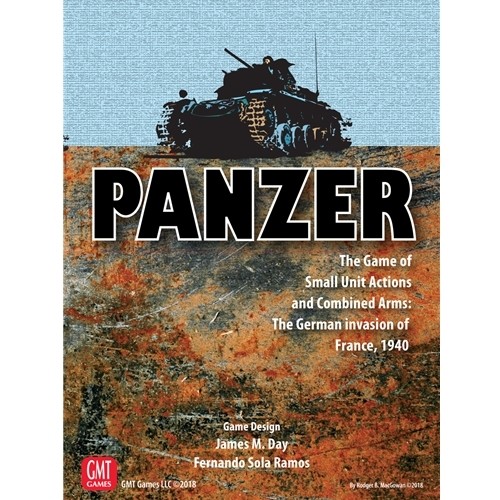 This expansion set includes the most significant French forces that saw action on the Western front in 1940. Also included are the German forces that invaded France and the Low Countries, flanked the Maginot Line, and finally pushed on into France. The playbook includes rules for special units, new optional rules for Staggered Initiative, Command Span, and others, 12 riveting scenarios (including 2 historical scenarios depicting the fierce battle for Stonne), and unit summaries for the French and German units.

Ownership of Expansions 1, 2 or 3 is not required to field the German forces, they are all here including the STuG IIIA and Hs 123A-1 aircraft, which were not previously available. This expands on those German units included in the first three expansions – no unit IDs are duplicated. Combine the German units from all of the expansions to create customized scenarios on either the Western or Eastern Front.

The TO&Es booklet includes details for the French and German forces covering the 1940 period, including the five major divisions from the cavalry and infantry arms of the French Army, including the Mechanized Light Division (DLM – Division Légère Méchanique) and the Armored Division (DCR – Division Cuirassée de Réserve). German forces include panzer, motorized infantry and infantry divisions, as well as the Grossdeutschland (mot) Infantry Regiment.

Leaders add a powerful new dynamic to Panzer. They represent individuals of various ranks and skills that can influence gameplay in a number of unique ways. In almost all cases, scenarios do not indicate the presence of any particular leader or leaders. Players may freely add any number of leaders or none at all. Just decide by mutual agreement. Follow the recommended command structure below, or just go with whatever works. There is no correct or incorrect approach as battlefield conditions make fore very fluid situation. There may be occasions where junior officers or NCOs find themselves in overall command or senior officers are commanding only a small contingent.

Leader counters are 7/8” doubles-sided and there are 10 per force (total of 50 counters).

The two solitaire scenarios utilize a game driven AI system for the French forces in the “6th Panzer is Delayed” and the German forces in ”Billote's Charge”.

Each of the Stonne scenarios play out on the two historical maps included in the expansion.