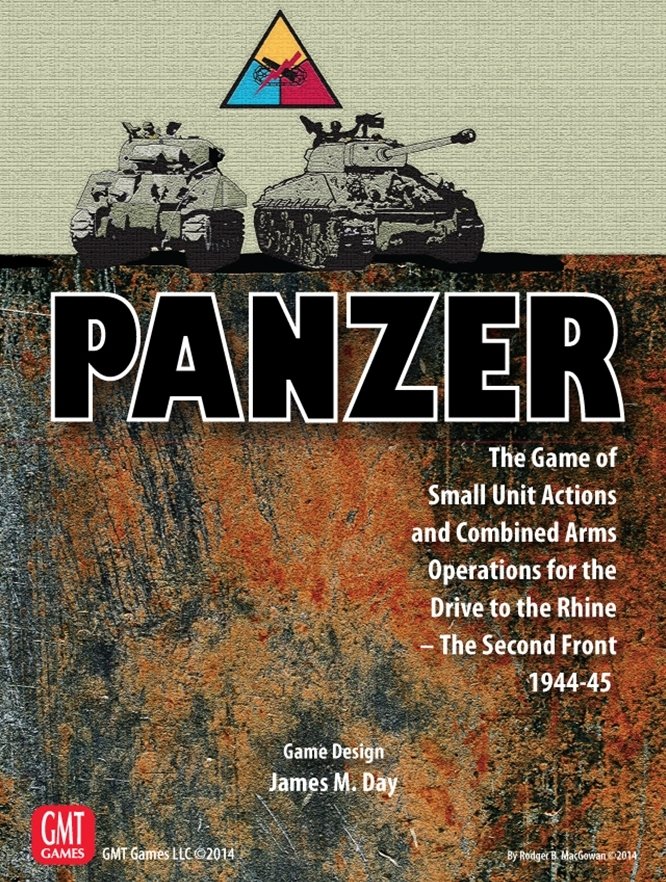 Panzer Expansion #3 shifts the action to the Western Front where the US and British forces drive the beleaguered German units across Western Europe and into the very heart of Germany.

The Reference & Scenario book includes a host of new optional rules covering Suggested Initiative, Spot Removal, Delayed Reaction, Bocage Country, Defensive Fire, and many others including complete rules and reference tables for airborne and glider operations. A few new special units, like the Churchill Crocodile flamethrower tank, stoke up the action to a new level.

You will find no less than twelve versions of the Sherman tank in both US and British livery, Cromwell tanks, Hellcat, Jackson, and Achilles tank destroyers, Greyhound and Humber armored cars, anti-tank guns, four new aircraft and many others. The Germans are also well-represented with the Marder III, StuH 42, Jagdpanther, Jagdtiger, Hetzer (including the flamethrower version), SPWs, PSWs, and more.

The ten scenarios include seven historically based and three actual historical scenarios that cover a wide range of action on the Western Front between US, British, and German units including the two clashes between the British 7th Armoured Division, Panzer Lehr, and the SS Tiger tanks at Villers-Bocage.

Ownership of Expansions 1 & 2 is not required to field the German forces, they are all included here. However, this expands on those German units included in the first two expansions – no unit IDs are duplicated. Combine the German units from all three expansions to create customized scenarios on either the Western or Eastern Front.

Note on 2nd Printing: This is a straight reprint of the previous printing, with any known errata corrected.