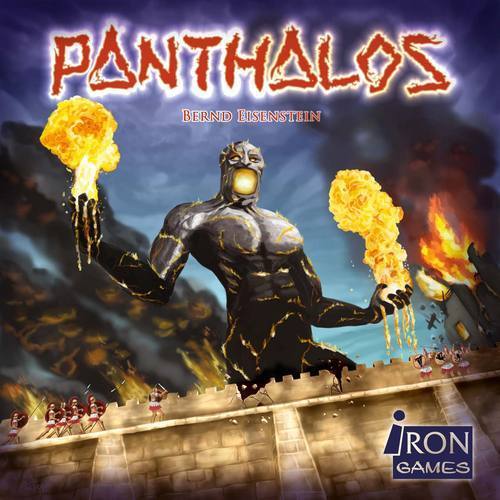 Titans, the demi-gods of the underworld, threaten mankind, spreading mischief and chaos in the world - but the humans are prepared to defend themselves by creating their own Titans to withstand these attacks from the underworld. While this action happens all around them, the players try to carry on with normal life, too, acquiring goods, refining them to better merchandise, and delivering them to ships and dealers - not to mention strengthening their own Titans and using troops for even more power. To keep your followers active, you need to hold enough action discs.