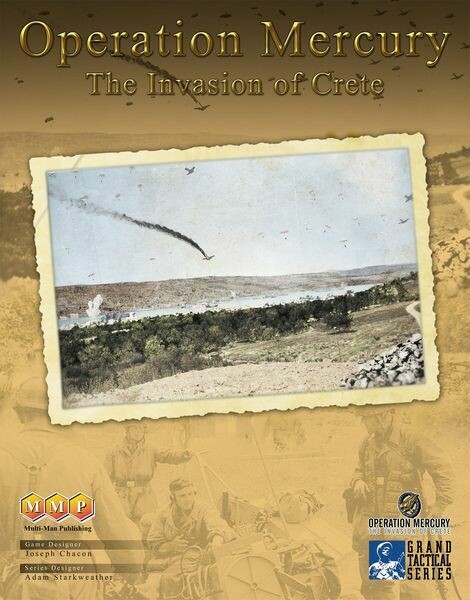 Operation Mercury: The Invasion of Crete

Early in the morning on 20 May 1941, as 30,000 Commonwealth soldiers on Crete were finishing breakfast, hundreds of German transport aircraft—some towing gliders—rumbled over the Mediterranean island. The air above was suddenly filled with parachutes as thousands of elite German paratroops—Fallschirmjäger—descended from the sky...

The invasion of Crete was one of the most dramatic battles of the Second World War. Over a nine-day period in May 1941, a mixed force of Commonwealth and Greek troops desperately tried to fight off the German assault. Despite appalling casualties, the paratroopers and glider-borne troops managed to secure a foothold and the critical Maleme Airfield to open the door for the German Gebirgsjäger (mountain troops) to land under fire. Together the Fallschirmjäger and Gebirgsjäger pushed the Commonwealth troops to their breaking point and forced a deadly battle of delay and pursuit.

This was a true soldier’s battle, with both sides in desperate situations often lacking higher-level control and support. The Germans had to quickly secure a usable airfield or face the annihilation of their entire airborne force. The Commonwealth needed to crush the German landings or—failing that—evacuate the bulk of its forces to continue the fight in North Africa and Syria.

Although casualties would mean Crete was the last hurrah for the German airborne in a major air assault, it set the stage for even larger future Allied airborne operations in the Mediterranean, Western Europe, and Asia.

OPERATION MERCURY maintains the same level of detail and scale as other Grand Tactical Series (GTS) games. Players command divisions and maneuver company-sized units to fight one of the most desperate battles of the war. Using the GTS 2.0 rules, OPERATION MERCURY offers two players or teams a wide range of scenarios ranging from a single small map with a few units on each side to the full battle including up to two German divisions and several Commonwealth and Greek brigades. OPERATION MERCURY covers all the major airdrops and fighting across the island from Heraklion in the east, through Rethymnon, and from Maleme to Suda Bay then south to the Askifou Plain, scene of the last major fight during the withdrawal.

As the Commander of Allied forces on Crete, can you deny the Germans a precious airfield and negate their much-needed air-landing reinforcements for a quick victory? Of all operations of war, a withdrawal under heavy enemy pressure is probably the most difficult and perilous. Can you get the bulk of your forces to the southern evacuation ports? As the German, how quickly can you force the collapse of the Commonwealth morale and trigger their withdrawal?