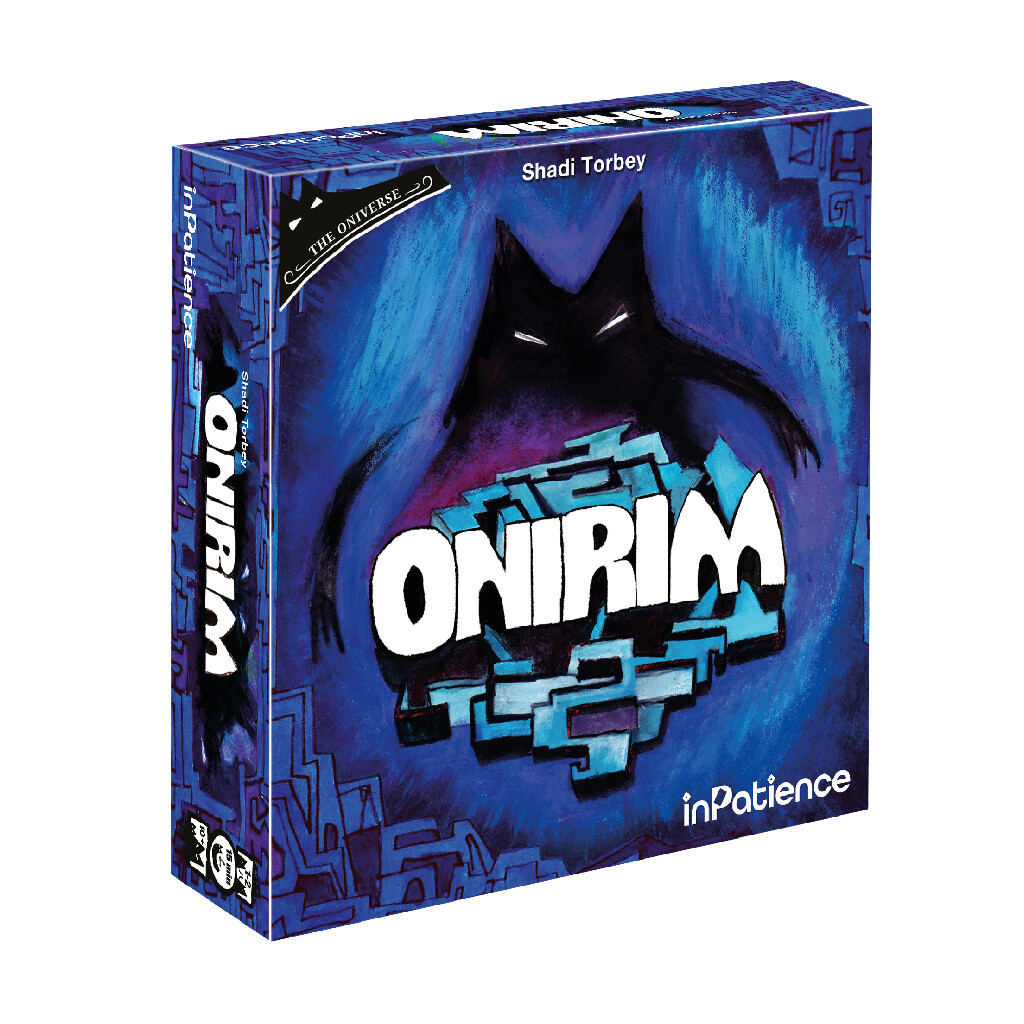 Wander through a mysterious labyrinth as you search for the doors of dreams. Will you linger in the same space or will you rely on chance and the powerful Prophecies? Whatever you choose, time is short, and you are not alone in the labyrinth. Terrifying nightmares slither through its corridors, ready to thwart your quest by any means possible.

A world of dreams

You win the game if you manage to acquire the 8 Door cards before the deck of cards is exhausted. A Door card can be acquired by playing three cards of the same color in a row (alternating the symbols on those cards). You can also get a Door card by using the special power of a Key card (the rarest and most powerful of the cards in play) at the right time. Watch out! For the deck swarms with Nightmare cards -if you draw such a card, you’ll have to choose between several penalties, compromising your chances of winning. To prevail, you’ll need to manage all the cards in your hand the best you can: Which one to play? Which one to discard? Which one to keep for later? And choose wisely when you encounter a Nightmare card.

What dreams may come

Onirim contains the base game plus seven expansions that can alter your journey through the labyrinth in new and mysterious ways by adding new cards and new challenges. Each expansion can be played on its own -and all are compatible with one another. Collect the Door cards in a particular order with The Book of Steps Lost and Found, rescue the Lost Dreams, manage the additional powers of the Towers and Glyphs, avoid the Dead Ends and the Dark Premonitions, and encounter the manifold inhabitants of the Oniverse…