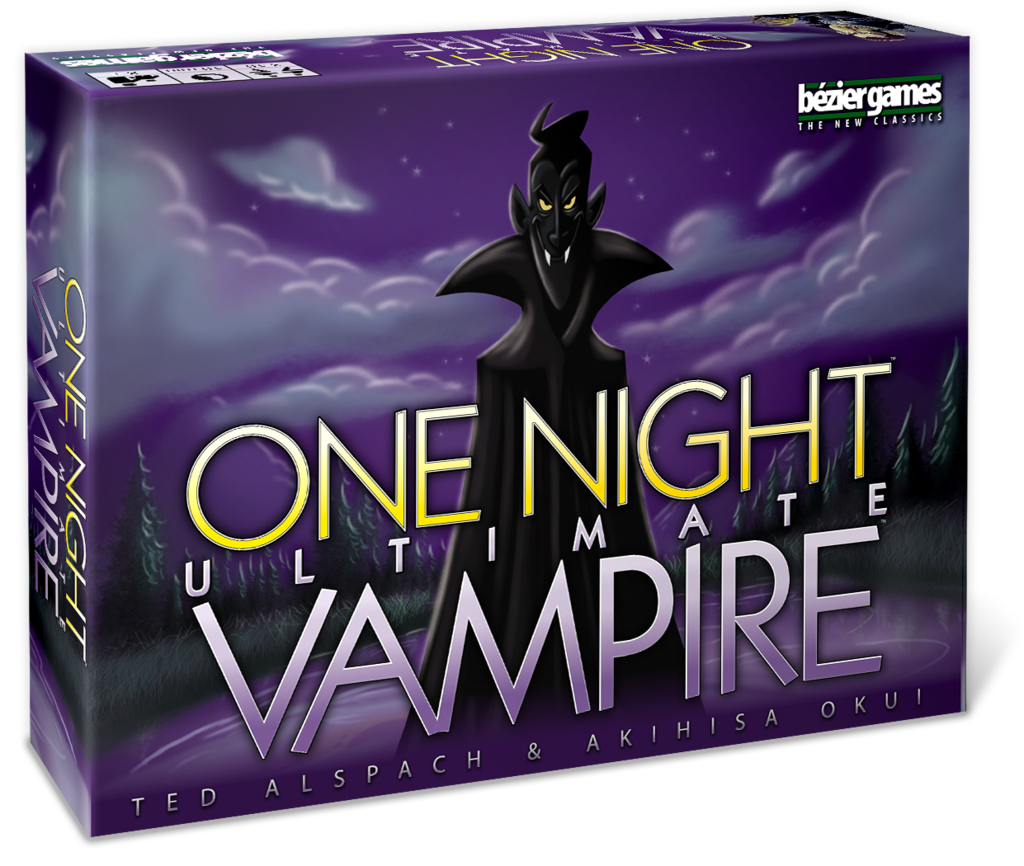 SKU BEZ-VAMP
$22.49
In stock
1
Product Details
No moderator, no elimination, no werewolves.
In One Night Ultimate Vampire, the sun has just set, and vampires have descended on your sleepy little town, slowly turning the villagers into even more vampires. Fortunately, the village has several residents with special powers, with most willing to help eliminate this fanged menace!

One Night Ultimate Vampire is a fast game for 3-10 players where everyone gets a role: The nefarious Vampire, the well-meaning Cupid, the sneaky Assassin, or others, each with a special ability. In the course of a single evening, your village will decide who among them is a vampire... because all it takes is finding one vampire to win!