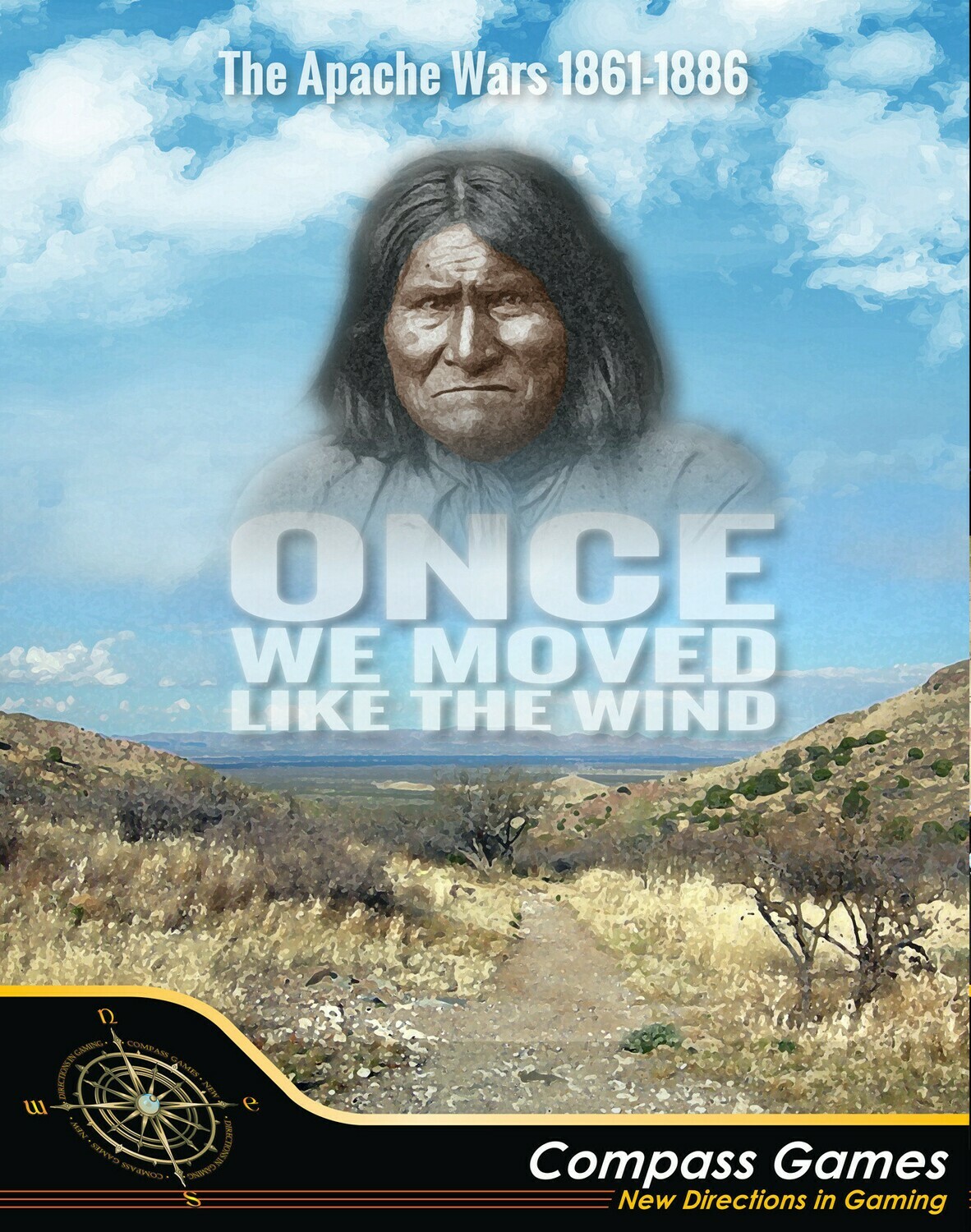 Their names are virtually synonymous with the long conflicts with the native indigenes of the American West.Cochise, Victorio, Chato, Geronimo.These great war band leaders all come from the various tribes of the Apache, and the Apache Wars dominated the attention of the US government in its westward development for the critical 25 years from the American Civil War to the final capitulation of the natives of the area.

ONCE WE MOVED LIKE THE WIND covers these central conflicts of the American South West.The game is played as a series of turns, each of which follows a sequence of play that begins with determining how bad a provocation results in conflict for the turn.The provocation level determines the forces each player will have for the turn and their general placement on the map.Next the Apache player moves the Apache forces and then the Army Player moves the US and Mexican forces.Combat may then occur between opposing player forces that share a location.After any combat is resolved, victory points are counted up and the player with the most for the turn earns one increase in victory level on the Victory Track.Play then repeats for the next turn to the end of the game when the player with the higher level on the Victory track is the winner.

Central to the game is that the playing pieces are all wooden blocks with the information about each particular piece only on one side and hence hidden during play from the opposing player until action occurs which must reveal particular blocks.And not all of these blocks are actually opposing forces.For the Apache player in particular, many playing pieces each turn will represent rumors of Apache actions and forces which the Army player must chase down to determine if they are real or false.Similarly, for the Apache player, not knowing which Army pieces represent which forces means not knowing if an opposing group is small enough to attack and win, or is in reality a force big enough to hand out a devastating defeat.

ONCE WE MOVED LIKE THE WIND is played on a 22”x 22” mounted game board with a scale of about 14 kilometers per centimeter or 22 miles per inch.The terrain represented is divided by a number of features.Overall the area is divided into 4 large Territories: the Arizona Territory & the New Mexico Territory in the US and the Sonora Territory & the Chihuahua Territory in Mexico.Dividing up all of the Territories, and often crossing their borders, are the Areas.These represent sections of land of differing types between which the players move their forces.