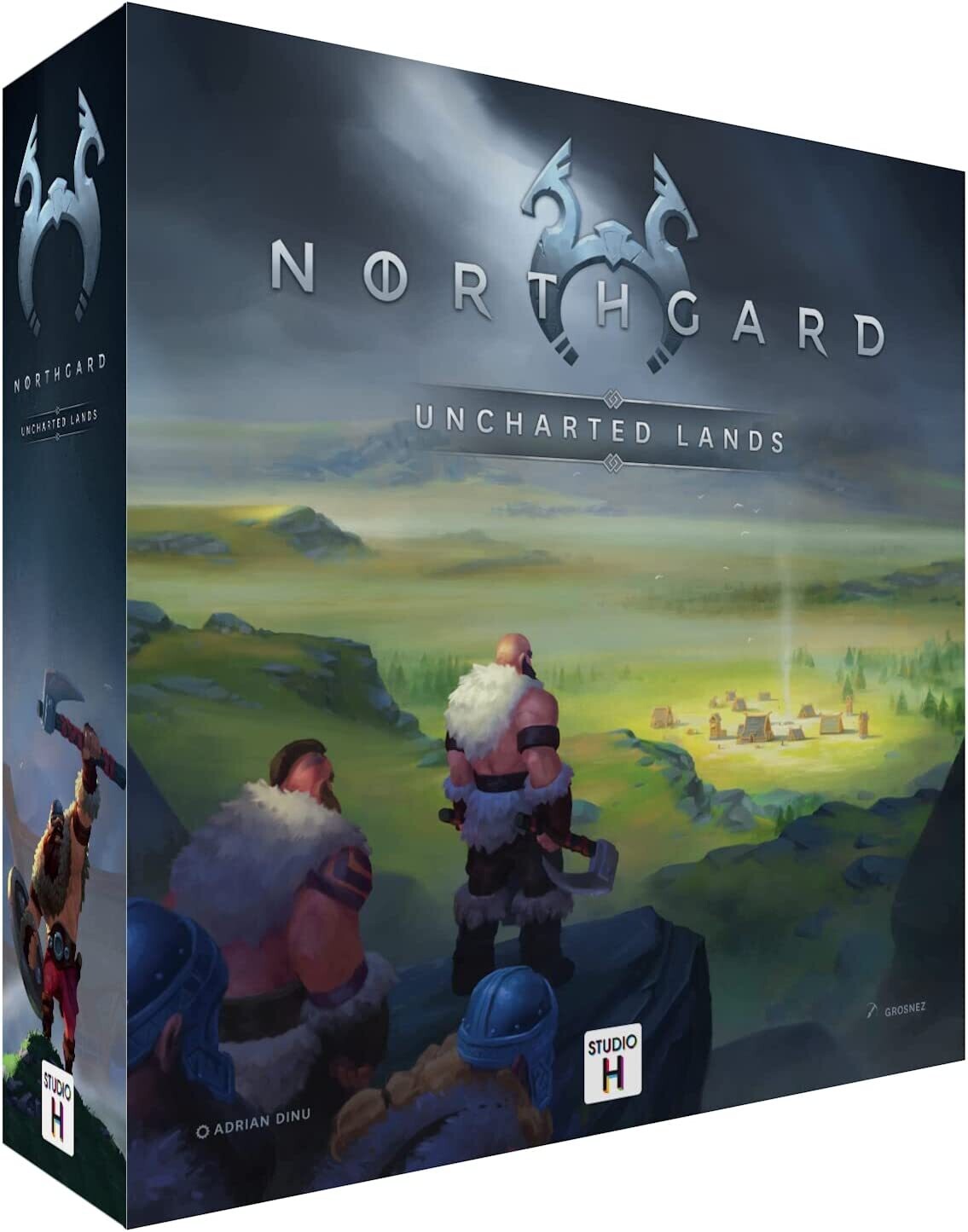 Based on the universe of the Northgard video game, Northgard: Uncharted Lands is a game of conquest and exploration set in the age of Vikings. Each player controls a Viking clan, looking to achieve victory by reaping glory in various ways or controlling the most prized territories of this new continent.

The game focus is on streamlined rules and mechanisms, allowing for a fast-paced and smooth rhythm of play. Each turn, players alternate their actions to adapt their strategies to their opponents' moves and the expansion of the board. Fame (i.e., points) can be earned by exploring, fighting, and controlling and developing territories. The various corresponding actions are played through the cards that the players have in hand. At the end of each turn, they have to choose a new card to improve their personal deck as their clans develop new tactics and technologies.

The conquest of Northgard also requires clever management of resources to build new buildings, improve your warriors' effectiveness, better your hand of cards, and upgrade your clan's specificities. The winter phase makes this management more difficult as you have to feed your units to keep them healthy and happy.

The pace of the game is set by the players as the game ends after seven turns, but can also be cut short at any time if one of them is in control of three closed territories hosting certain types of buildings.