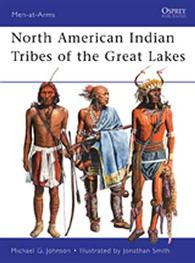 This book details the growth of the European Fur trade in North America and how it drew the Native Americans who lived in the Great Lakes region, notably the Huron, Dakota, Sauk and Fox, Miami and Shawnee tribes into the colonial European Wars. During the French and Indian War, the American Revolution, and the War of 1812, these tribes took sides and became important allies of the warring nations. However, slowly the Indians were pushed westward by the encroachment of more settlers. This tension finally culminated in the 1832 Black Hawk’s War, which ended with the deportation of many tribes to distant reservations.