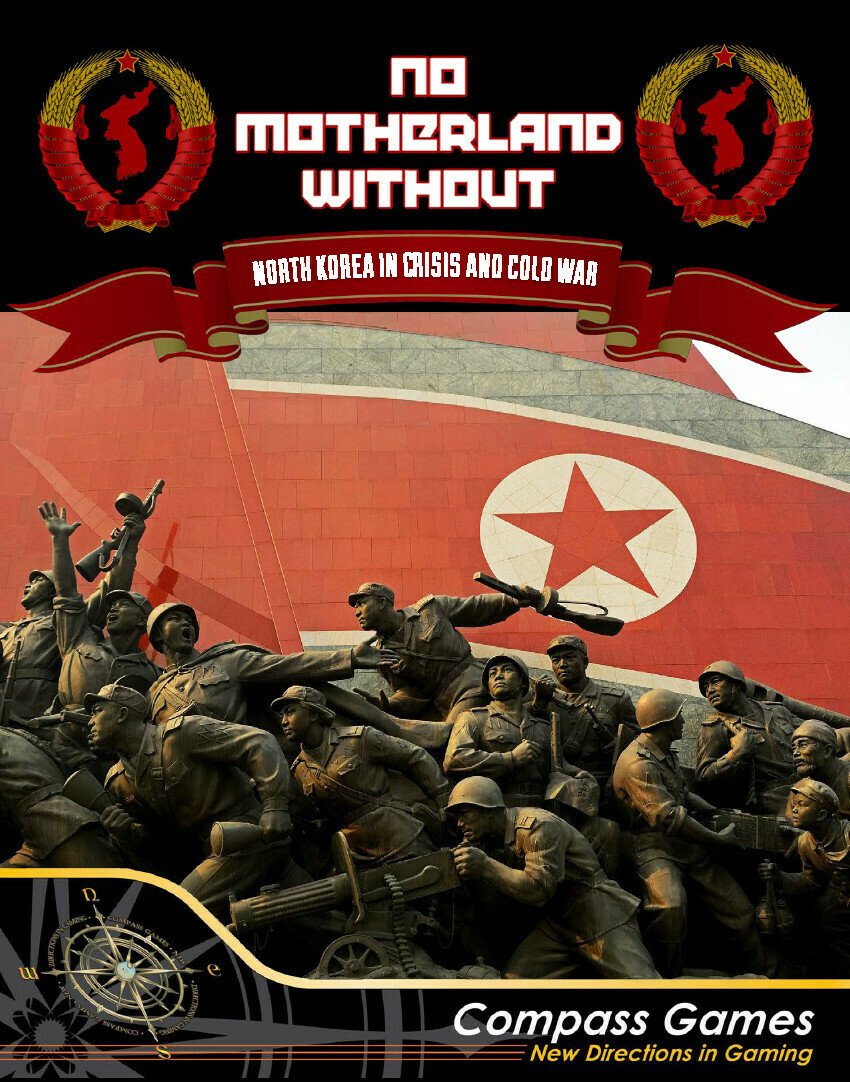 No Motherland Without: North Korea in Crisis and Cold War

No Motherland Without: North Korea in Crisis and Cold War is a card-driven strategy game for two players. The game depicts the struggles of the Kim Regime against the West from 1953 to present day North Korea. In the aftermath of the Korean Armistice Agreement, the Korean peninsula divided in two. While its signature marked a cessation of armed conflict, the war was not over. In over six decades since the armistice was signed, three generations of the Kim regime resisted Chinese and Soviet control, endured famine, floods, isolation, and economic sanctions while defiantly pursuing nuclear weapons.

One player will be the DPRK (Democratic People’s Republic of Korea), seeking a nuclear deterrent to invasion, improving living standards to prevent uprising, and purging elites to prevent a coup.

The other player will be the West, maximizing pressure on the regime by obstructing the missile program to secure the region, implementing sanctions to impede the North Korean economy, aiding defectors, and further isolating the DPRK from the global community.