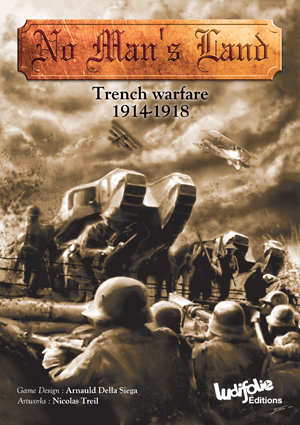 By the end of 1914, the armies have dug in. Like a scar spreading across the face of Europe, trench-lines extend from the North Sea to the Swiss border. In the mud and cold, amongst rats and the smell of rotting corpses, millions of men will go over the top to capture the enemy trench and break through the front.

The 11 scenarios of No Man’s Land will allow you to follow the evolution of WW1 trench warfare from many different perspectives: army organization, new tactics and weapons. You’ll learn to master artillery barrages, poison gas, flamethrowers, shock troops, tanks… while overhead the dawn of aviation will provide precious help.

No matter the blood shed, only victory matters!