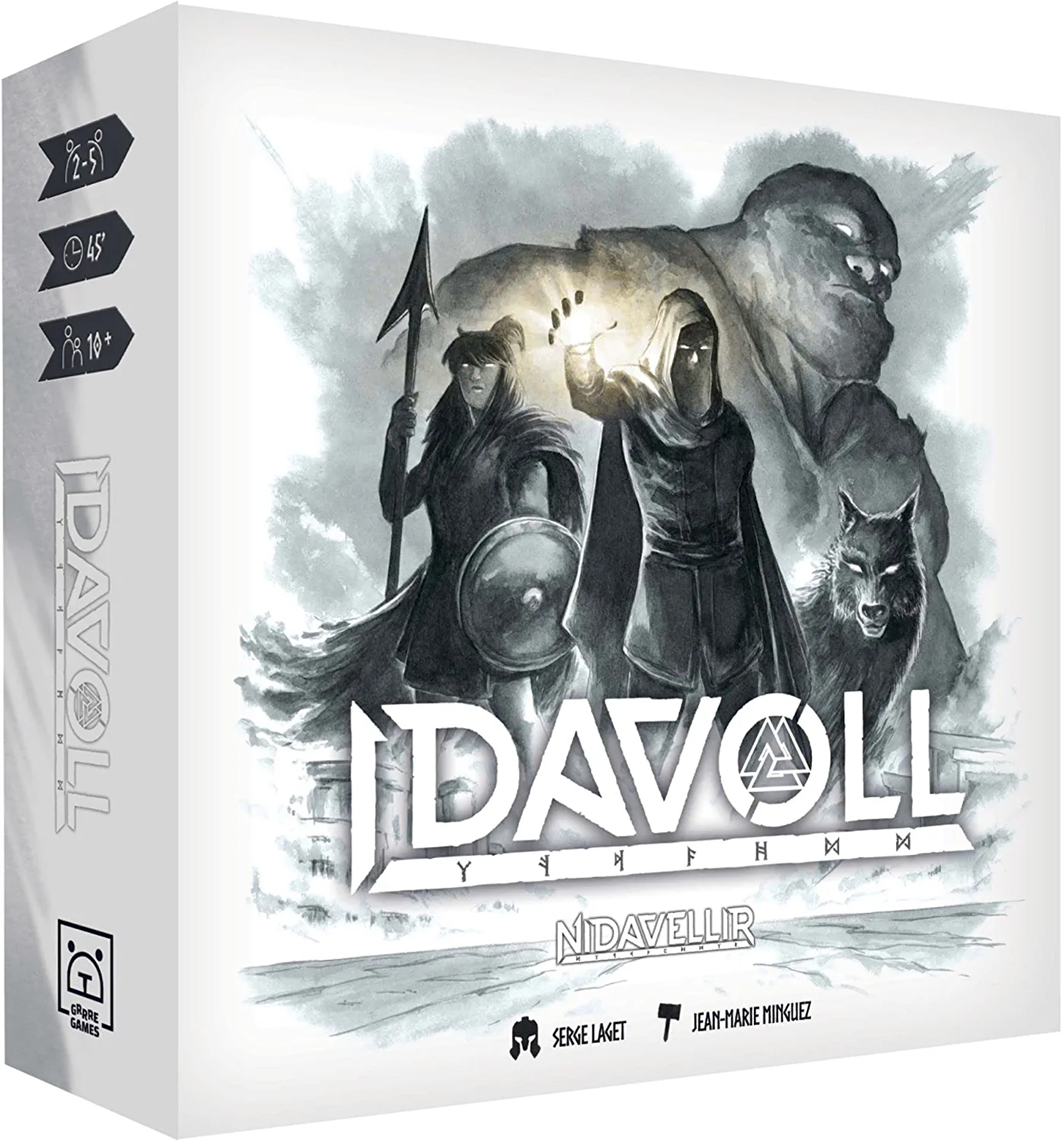 Idavoll is the second expansion for Nidavellir. During the 3 first rounds of the Age 1, the second tavern offers Mythical Animals, Aesir, Valkyries, and Giants, which adds an additional round to the game. Each new type of card also adds never-before-seen effects.