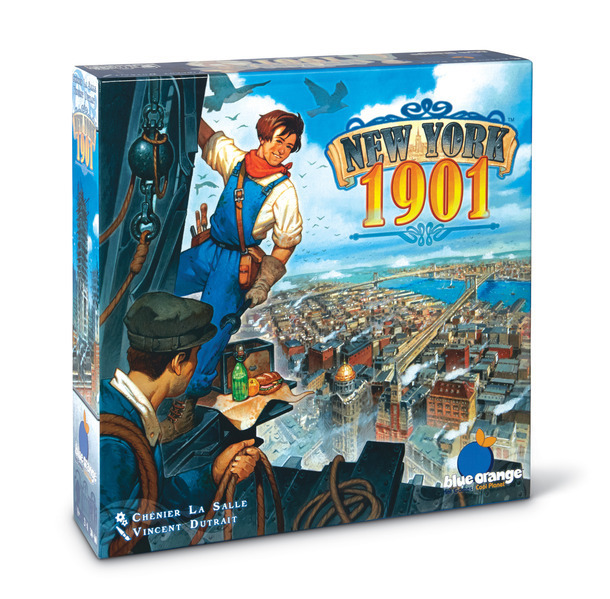 Shape the historic skyline of New York City in this skyscraper building game. You will take on the role of land developers competing for glory and prestige in the city’s financial district as you acquire new land, demolish old buildings, and build up skyscrapers to staggering new heights.

This stimulating strategy board game features amazing illustrations from Vincent Dutrait.
In New York 1901, players try to score the most points by constructing, demolishing, and rebuilding skyscrapers on the famous streets of New York City. On your turn, you will have a simple choice: would you rather acquire new land to build on, or knock down your existing buildings to make room for bigger and better ones? You will need to expand your territory and construct your buildings shrewdly if you want to rise to the top of the real estate moguls of New York 1901.
Contents:
Save this product for later
Display prices in: USD
1-513-201-7672
mrb.rockinbgames@gmail.com
www.shop.rockinbgames.com