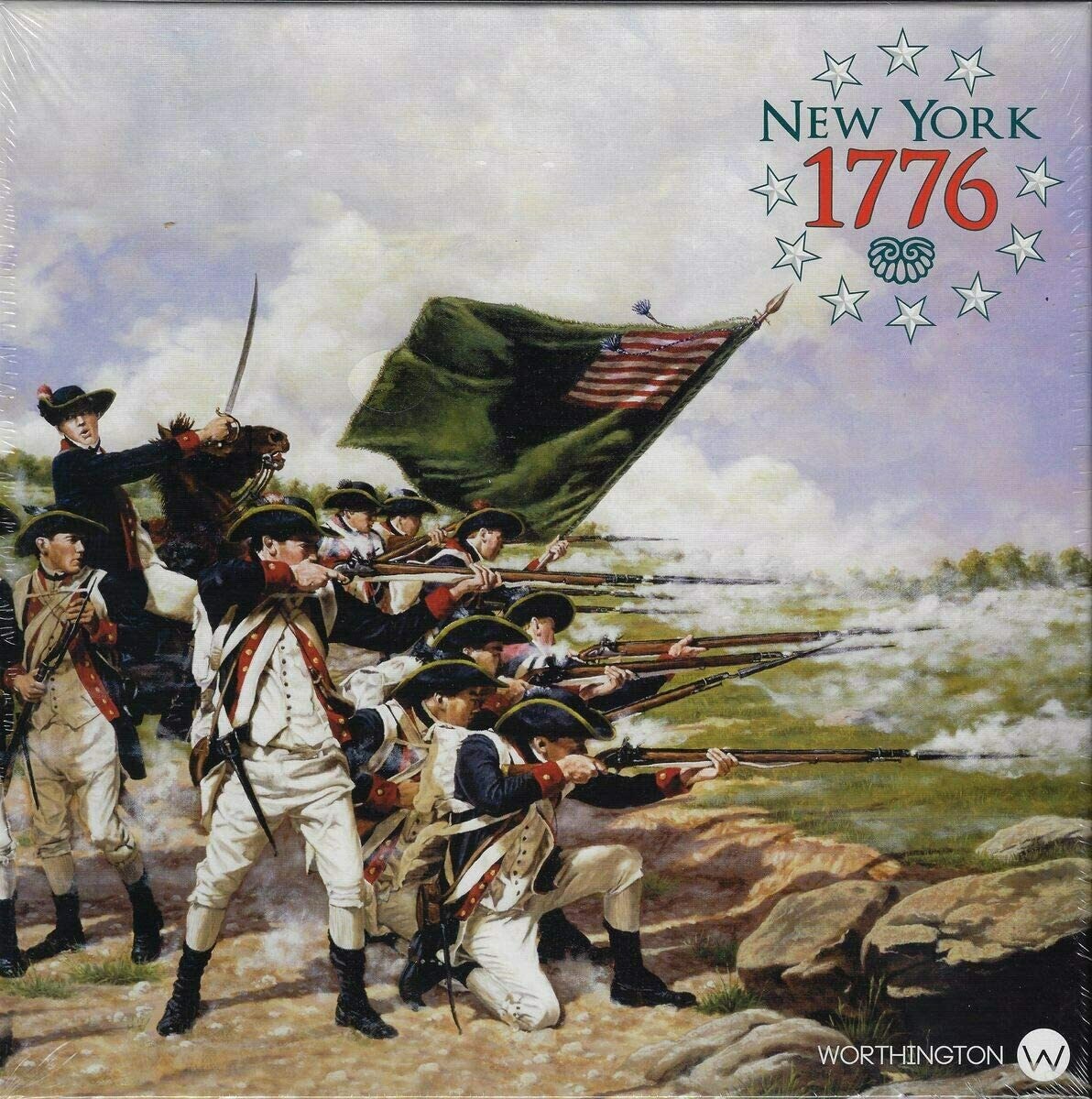 New York 1776 is Worthington’s first volume of the American Revolution Campaigns series.It is strategic in scope with battles tactically carried out on a battle board.Wooden blocks are used for fog of war.This campaign involves point to point land and water zone movement.Group movement can only be done with commanders and some commanders can move faster than others. The British win by capturing Washington or reducing his army and holding New York City at the end of the game.The Americans win by avoiding British victory or reducing the British army to less than 20 strength points.

“New York 1776” is a game that lets you take a closer look at one of the key campaigns of the American Revolutionary War. All with an easy rules set, playtime of 2 hours or less, and the pleasure of using wooden blocks for units.

The Patriot cause was riding high after Washington’s army forced the British to evacuate Boston. Howe’s New York invasion might have been the Crown’s best chance to smother the revolution early and restore control. The campaign was a series of disasters and missed opportunities that have seldom been studied with a playable game. New York 1776 puts you in command. Will you crush the Revolution or save it?

The Patriots have Washington—“the Fox”—and a larger army, plus some key forts. But the British have better quality troops (including Hessian mercenaries that terrify the militia) and powerful leaders, plus the British Navy gives them great flexibility in the watery bounds of the New York area. Both sides face challenges to succeed.

Wooden blocks provide a “fog of war,” and can be rotated during battles to keep track of losses easily, and a “battle board” that gives more tactical context to the fighting.