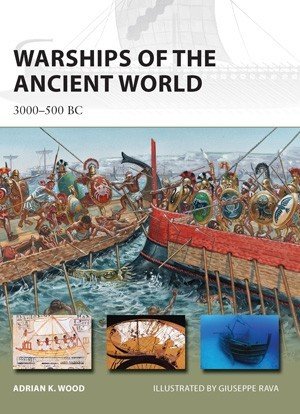 The world's first war machines were ships built two millennia before the dawn of the Classical world. Their influence on the course of history cannot be overstated. A wide variety of galleys and other types of warships were built by successive civilizations, each with their own distinctive appearance, capability and utility. The earliest of these were the Punt ships and the war galleys of Egypt which defeated the Sea People in the first known naval battle. Following the fall of these civilizations, the Phoenicians built biremes and other vessels, while in Greece the ships described in detail in the 'Trojan' epics established a tradition of warship building culminating in the pentekonters and triaconters. The warships of the period are abundantly illustrated on pottery and carved seals, and depicted in inscriptions and on bas-reliefs. The subject has been intensively studied for two and a half millennia, culminating in the contemporary works of authoritative scholars such as Morrison, Wallinga, Rodgers and Casson. To date there are no works covering the subject which are accessible and available to non-academics.