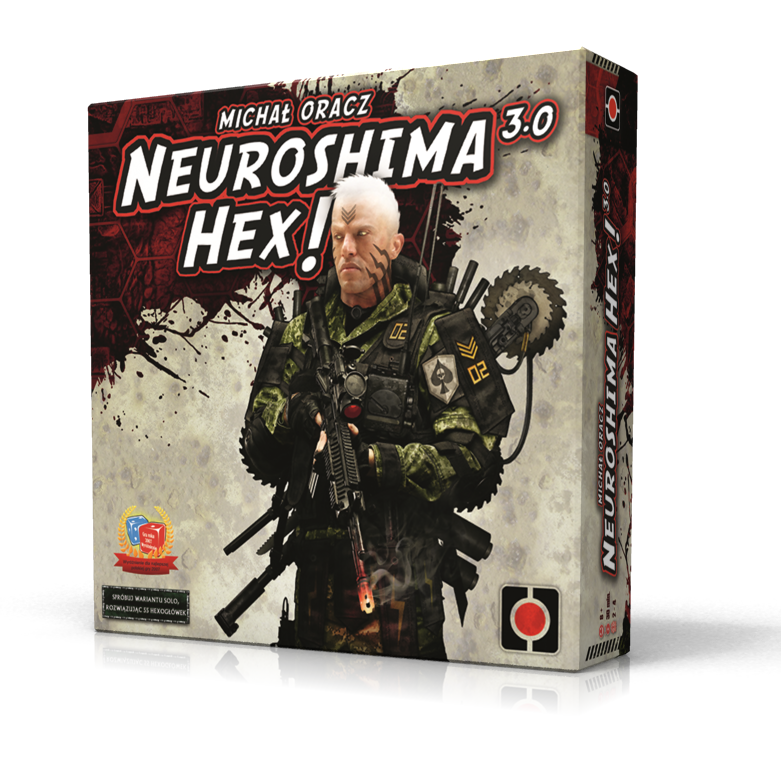 Neuroshima HEX is a game of tactics, where armies wage continuous battles against each other. It is based on a roleplaying game called Neuroshima RPG published by Portal in 2001. The world of Neuroshima RPG is that of a post-apocalypse world torn apart by a war between humans and machines. The remains of humanity took shelter in the ruins of cities and organized in small communities, gangs and armies. Conflicts between such groups are not uncommon and the reasons of such are numerous: territory, food or equipment. What is more, the ruined cities are constantly patrolled by machines sent from the north, where a vast cybernetic entity, called MOLOCH, appeared. Great wastelands that surround what was left of the greatest cities are home to another enemy – Borgo – a charismatic leader who controls an army of gruesome mutants. One of the last hopes of humanity is the OUTPOST, a perfectly organized army which wages a guerilla war against MOLOCH. Nevertheless, most human settlements, including the HEGEMONY, are not concerned with war until it comes banging at their door. Such is the world of Neuroshima.