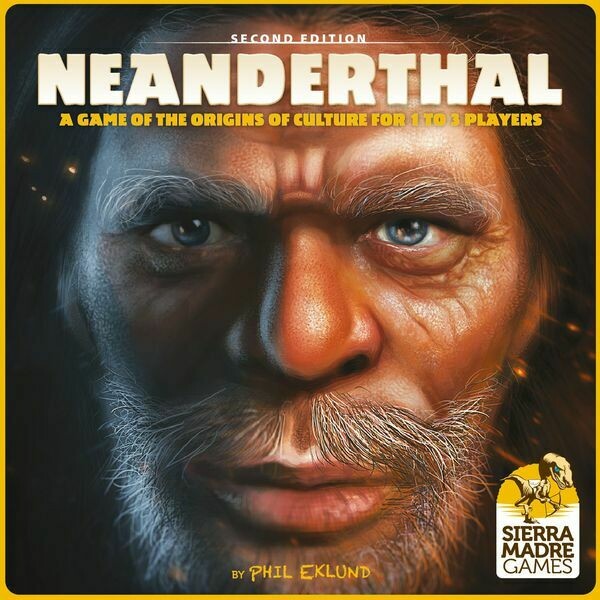 Humanity's evolution as a species has accelerated over the last 30,000-40,000 years in a manner unparalleled in the evolution of life on Earth. What triggered this change? Genetic mutation? Probably not. Our brains and anatomy have remained relatively unchanged for 4 million years. An encounter with different hominid species? Perhaps...

As a player, you will play through the critical epoch during which this change occurred. After millions of years of an uninterrupted, modest nomadic existence, we suddenly developed complex language, began forming tribes and building villages. You play as one of the human species existing at that time. The game system enables you to follow your tribe's evolution as well as that of the environment in which you live.

In Ice Age Europe, you are either the Archaic, Neanderthal, or Cro-Magnon species. Assign your males to hunt megafauna while avoiding predators. Specialize your elders for fire, inventions, war, or animal husbandry. Choose your mating strategy - promiscuous, harems, or pair bonding. Intermarriage leads to increased vocabulary and cognitive fluidity.