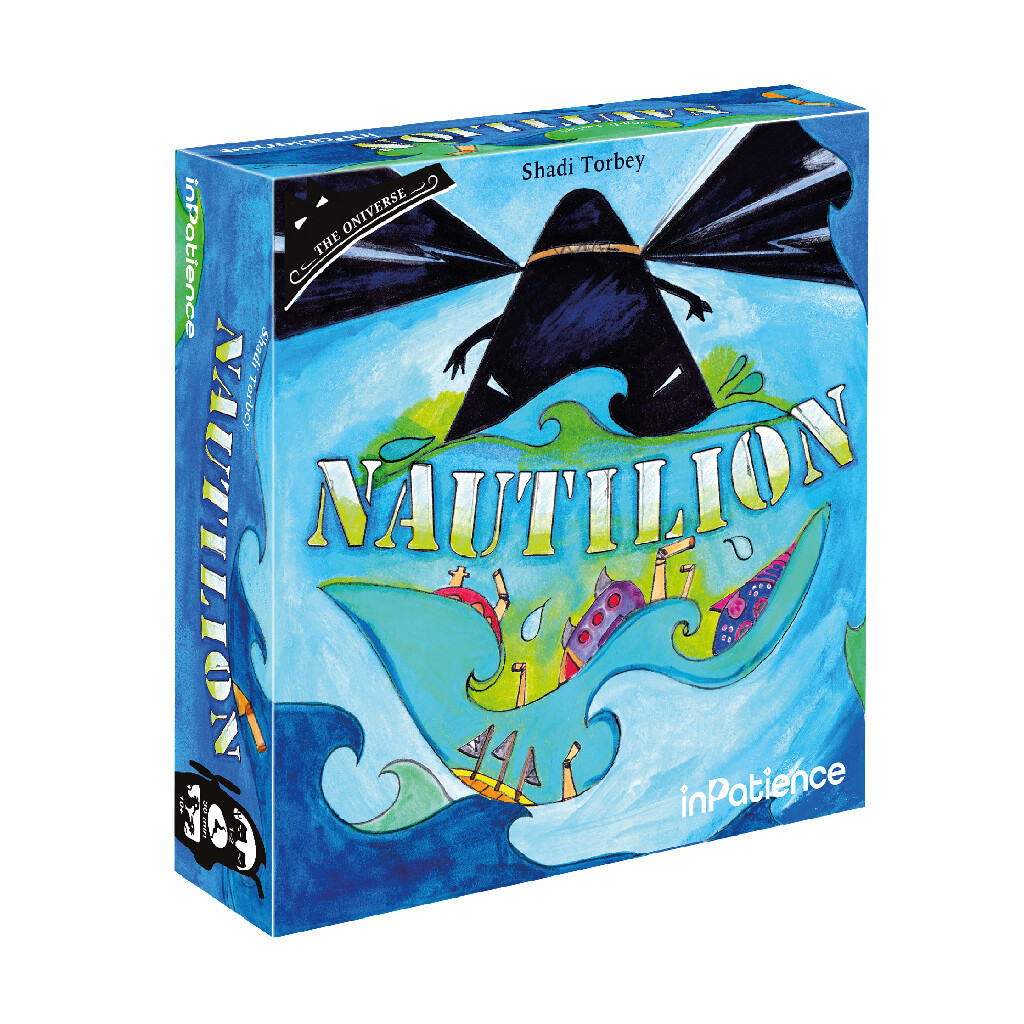 The treacherous Darkhouse, lurking in the Abyss, wants to expand its empire across the vast oneiric ocean. To enact its wishes, it has sent its infamous henchman, the Phantom Submarine, to enslave the Happy Isles. The only way to put a stop to this is to face the Darkhouse itself with a Nautilion submarine and a complete crew of heroes before the Phantom Submarine reaches its destination!

Race across the ocean

Nautilion presents a unique take on the roll-and-move genre.

Your goal: reach your destination (the Abyss)...

...before the Phantom Submarine reaches your starting point (the Happy Isles). Each turn, determine the ocean’s currents by rolling and assigning three dice. One die must be given to the Darkhouse -and woe betide you if it is too high: you’ll immediately lose a precious token! The second die is for the Phantom Submarine, which will mercilessly remove from the path the token he lands on. The last dice is for your submarine. The crew token it lands on can be picked up to become part of your crew. Balance swiftness and caution to reach your destination first -with a full crew.

Nautilion includes five expansions to enrich you adventures: recruit Mages along with your crew members, avoid reefs or even navigate through them with the help of specialized navigators, accomplish heroic tasks and face tragic sacrifices, fight the Phantom Submarine in a face-off, and unravel the cheating Darkhouse’s rule-changing plots!