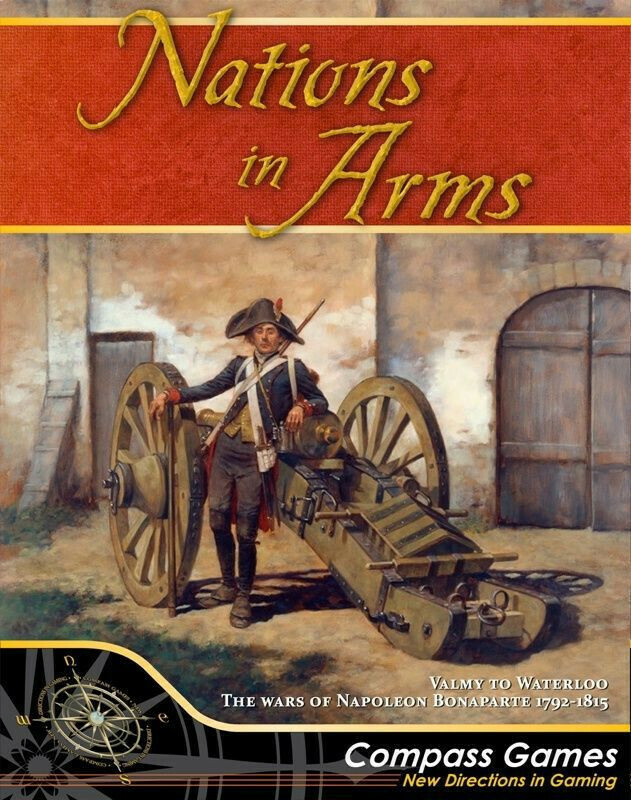 Nations In Arms: Valmy To Waterloo

Nations in Arms brings one of the most famous periods in history to your gaming table: the French Revolution and the legend of Napoleon in Europe, from 1792 to 1815. This epic treatment of the Napoleonic period covers 24 years of warfare at the strategic level.

Nations in Arms uses a extensively updated, modified and streamlined version of the Le Grand Empire game system from Pratzen Editions (that game covered the 1800-1815 time period). The result is that Nations in Arms is an entirely new, and very playable, Napoleonic epic from designer Stanislas Thomas.

Players control every major and minor power of the Napoleonic period: from the largest participants to the smallest. This allows anywhere from 2 to 7 players to participate in the game. Players are challenged with strategically managing their annual national production, diplomacy, and most importantly, war.

The game systems emphasize the military importance of lines of communication, the command and control ability of skilled leaders, quality of troops above quantity, and the impact of battle, epic sieges and attrition on a nation. You will have the power of great leaders at your fingertips, and the might of the corps they commanded: line infantry, guards, militia, supply trains, light and reserve cavalry, fleets and more.

Now it’s your turn to either fan the flames of The French Revolution throughout Europe, or to preserve the Old Order…