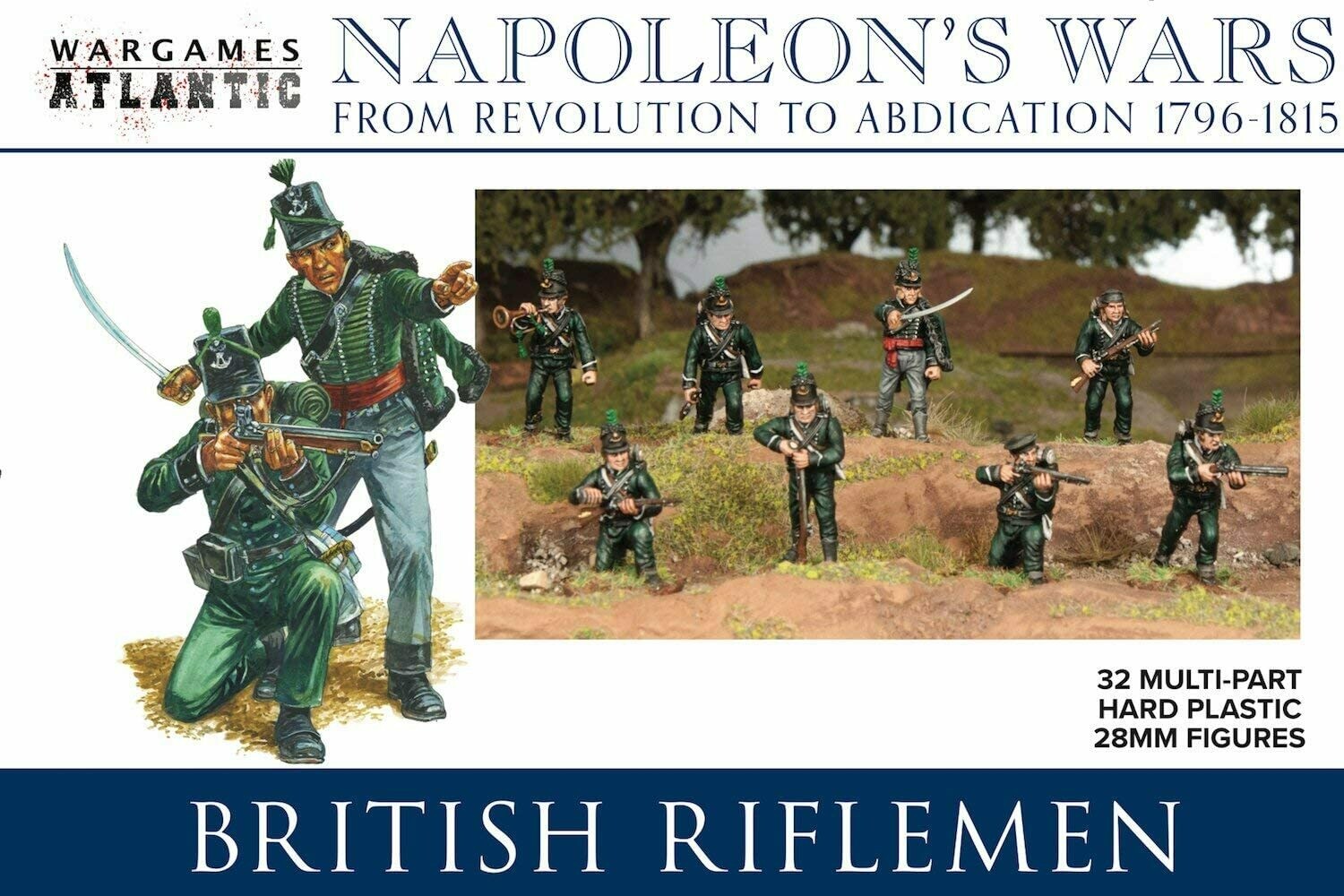 The famous Riflemen of the British army fought from Spain to the final shots of La Haye Sainte on the field of Waterloo. Fighting in pairs and able to accurately aim and fire up to two shots per minute, Wellington’s Rifles were an instrumental factor in Napoleon’s defeat.

This hard plastic box set allows you to build up to 32 Riflemen equipped with their famous Baker rifles and even an option to do a volley gun! You will be able to model the figures advancing, firing, loading, and with a variety of heads including bare and bandana-wearing for more variety.