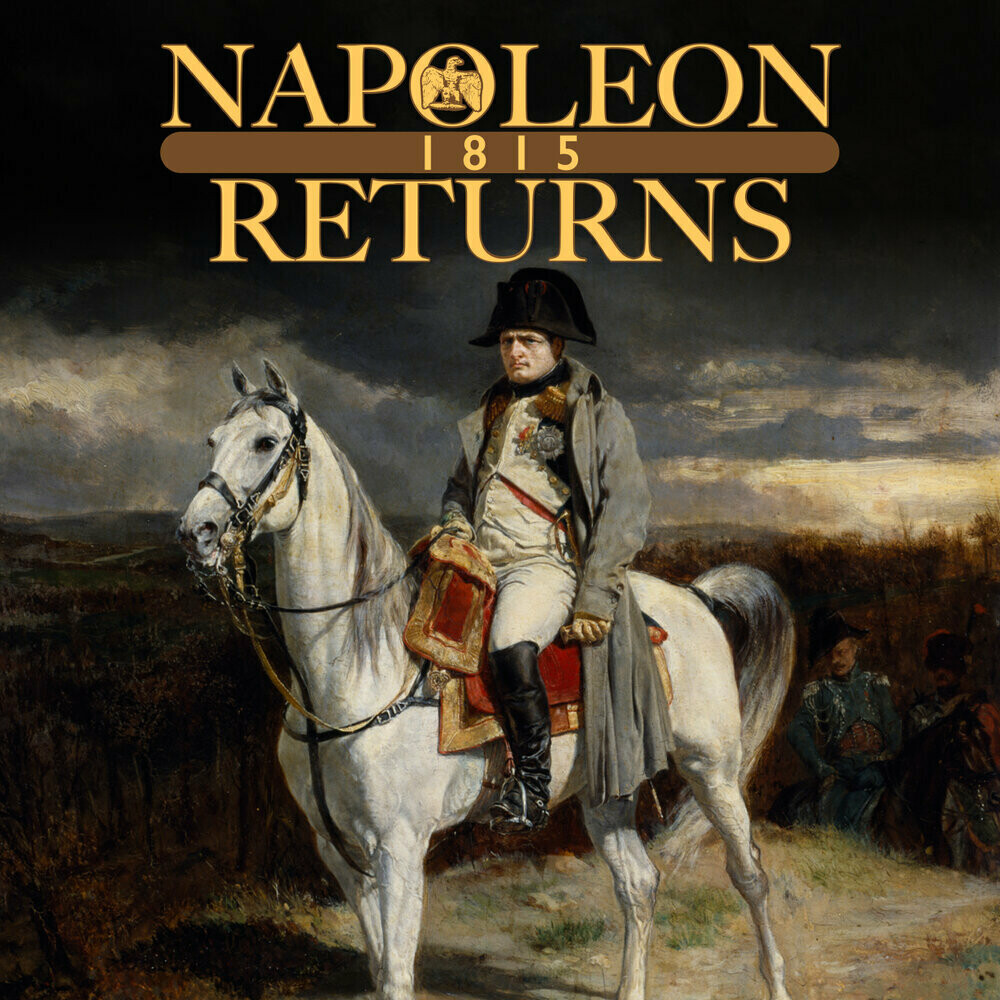 NAPOLEON RETURNS 1815 is Worthington Games strategic level campaign game on Waterloo.With fewer than 20 pieces on the board strategic movement creates tension and campaign choices for both players.Further a limited number of movement points add to the tough decisions for players. Once battle commences a unique twist on a classic battle card system comes into play.

Each side receives a set number of action points to move pieces and battle. Each piece on the board is a corps in the French, Anglo-Allied, and Prussian armies, so each side has 4 - 8 pieces on board. As your pieces move they will gain fatigue, and as they battle they gain fatigue and casualties.

The battle system is card play, matching the cards played based on the type of units in the corps (infantry, cavalry, or artillery). Victory is determined by the capture of terrain and eliminating enemy units.

For those who remember the Avalon Hill Classics Napoleon and We the People, you will easily pick up some of the blended concepts and a nod to those classics.The setting is a strategic map of the Waterloo campaign. The combat system uses cards based on corps strength and leader abilities.Throw in gorgeous Napoleonic corps game pieces similar to Napoleon at Marengo that maneuver on a military style map and the setting is complete. Now add lots of new concepts centered on corps level deployment, movement and battle fatigue to the mix to provide a fresh Napoleonic gaming experience.