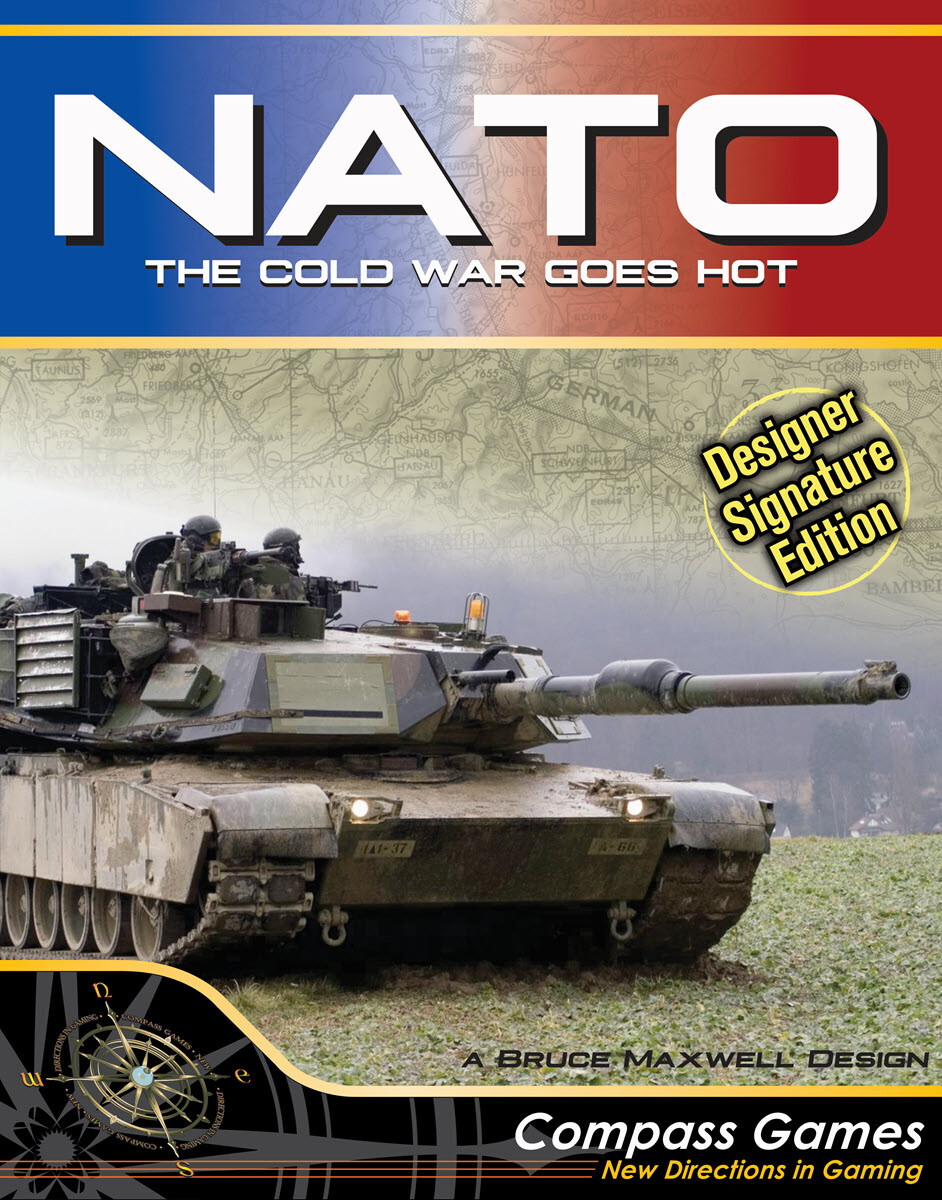 NATO, Designer Signature Edition marks the return of a true wargaming classic by Bruce Maxwell. NATO simulates a potential NATO/Warsaw Pact conflict in Central Europe during the Cold War years of the 1980’s. First published in 1983, this game was Victory Games best-selling title, purchased by over 75,000 gamers worldwide. This new edition is based on an exhaustive two-year study by the Designer of the records that have come to light since the fall of the Berlin Wall. The game combines highly accurate information on the forces the Warsaw Pact actually had with now de-classified reports from the CIA and the Defense Intelligence Agency regarding what satellite surveillance and HUMINT revealed about their actual plans. The map has also been extensively updated with new satellite geography. Finally, the game system has been reworked to better reflect the fluid, fast paced and deadly nature of modern warfare, while retaining the original intention of simple and intuitive play. Here is the ultimate Cold War game, remastered, and playable in a single sitting.

NATO is a division/brigade level simulation of a Warsaw Pact invasion of Western Europe. The game map depicts the area from Denmark to the Swiss Alps, and from France to Poland.The time frame covers the first 14 days of war, after which one side or the other has usually run out of an army. The game offers four different Scenarios, covering 1) a surprise attack from a standing start, 2) an attempt by the WP to quietly prepare without tipping NATO off beforehand, 3) an extended buildup of forces by both sides before war breaks out, and 4) an introductory scenario covering the invasion of Denmark.

The game features infantry, armor, airborne and airmobile troops, marines, with easy mechanics to leverage combined arms operations. It also has extensive options for employing air power, chemical weapons and, for the truly desperate player, a last resort to nuclear weapons. The combat system is built around the concept that the best defense is a good offense, and features artillery, tactical and operational air strikes, reserves, counterattacks and deep exploitation, allowing for a rich set of tactical nuances in play. This is not a game where the WP attacks and NATO defends. Both players have to attack relentlessly if they want to defeat their opponent.