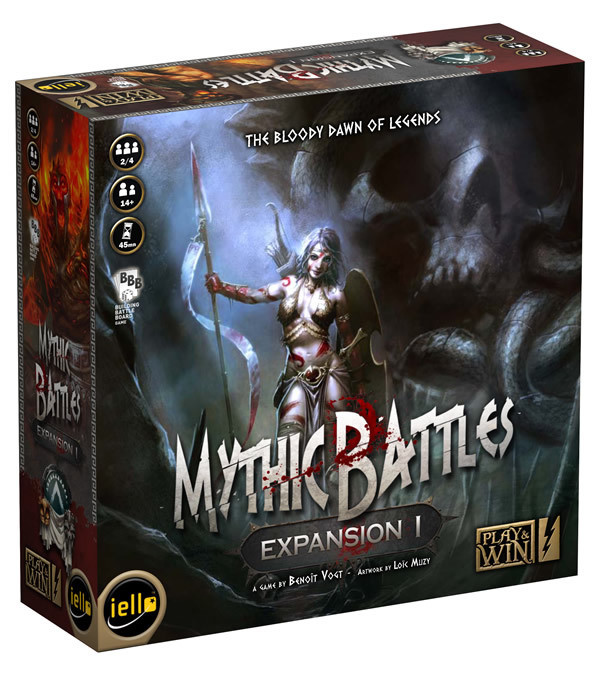 Mythic Battles: Expansion 1 includes new and powerful warriors for the armies of both Hades (Minos and The Damned of Tartarus) and Athena (The Matriarchs, Arachne and Arachne's Babies) so that players can reinforce their armies while facing off against one another in six new epic scenarios.

Mythic Battles: Expansion 1 also introduces a new type of cards: Heroes, exceptional beings with otherworldly powers that are not units, but rather cards to add to your deck to get bonuses.