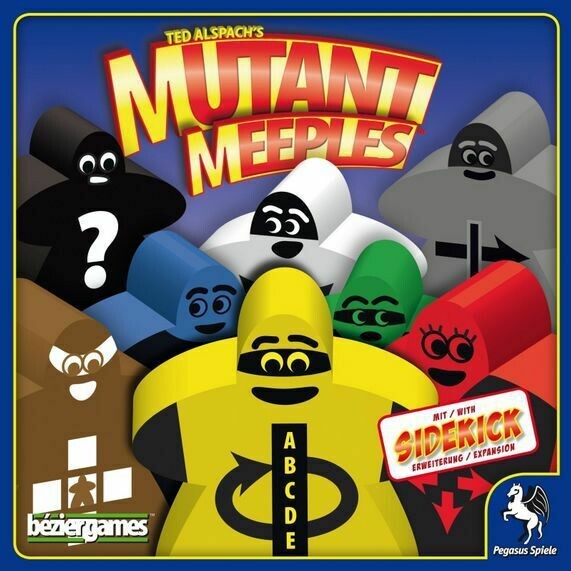 Just outside Meeptropolis, several meeples on a camping trip are attacked by a swarm of giant radioactive butterflies. As a result, they all gain super speed and one other unique superpower, turning them into...Mutant Meeples!

The city of Meeptropolis has long been in decay, with crimes happening one after the other all over the city. The city council has asked YOU to put together the best possible team of Mutant Meeples to serve as protectors for their fine city.

But there's a catch – once one of your meeples has reached the scene of the crime, he no longer participates. (After all, he’s already "made the team".) This gives players who have fewer meeples on their super teams more options, and provides an additional challenge to players whose super team is almost full.

Mutant Meeples contains a huge 22" double-sided board, eight custom super-powered Mutant Meeples, and much much more.