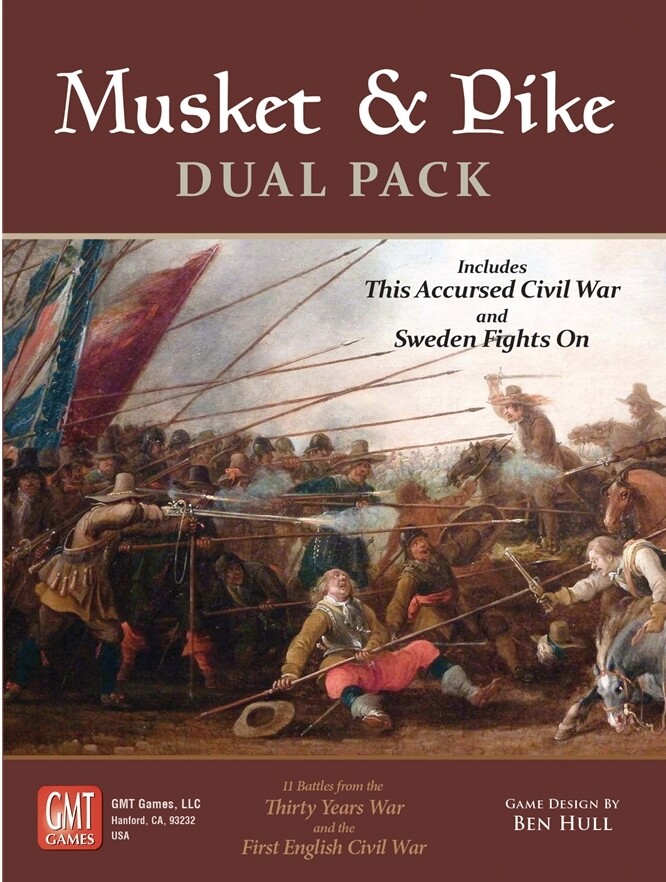 This Accursed Civil War and Sweden Fights On are being offered as a two-pack. Eleven, yes ELEVEN battles in one box! The award-winning Musket & Pike Battle Series was launched in 2002 with This Accursed Civil War and followed with Sweden Fights On within a year. Both have been out of print for over a decade. The series has marched on with four more installments and has attracted many new players. So now we are making the first two games available again in a new, updated dual package. In one box, you will get the first two volumes of the MPBS including: