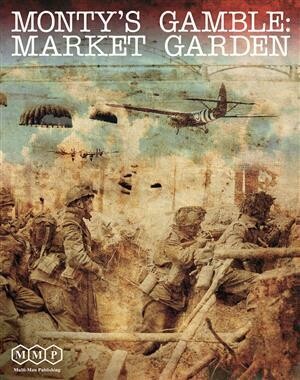 Monty's Gamble: Market Garden features a semi-simultaneous movement system which provides maximum interaction and requires players to make tough choices as every move they make may be countered by their opponent. Both players will have pressing needs up and down "Hell's Highway" but may only address one at a time—hopefully before the variable turn length causes the turn to end!

Also included in this all new updated version of Monty's Gamble is Fortress Holland: 1940. Originally published in Operations Special Magazine #2 this expansion contains 100+ counters and rules and depicts the German invasion of Holland from May 10 to May 12 1940.