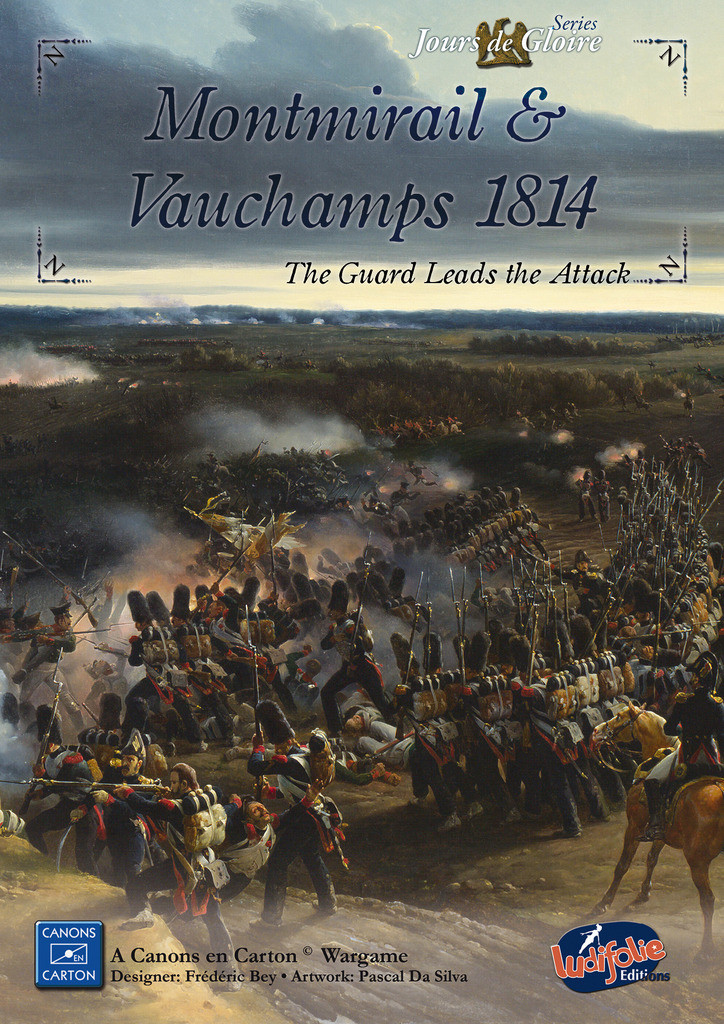 The Guard Leads the Attack

Montmirail and Vauchamps 1814 is a complete game in the Jours de Gloire series. It covers the battles which occurred on February 11 and 14, 1814, during Napoléon’s offensive against Blücher’s Army of Silesia.
Montmirail and Vauchamps 1814 are battles which give players numerous challenges. Can the French player strike hard and fast, before his enemies escape him? Should Napoléon send the Imperial Guard into the battle? Will the Austro-Russian player have enough time to organize defensive positions? Can Blücher risk a counter-attack?